I Don’t Need Endorsements to Run for President in 2022, DP William Ruto Declares 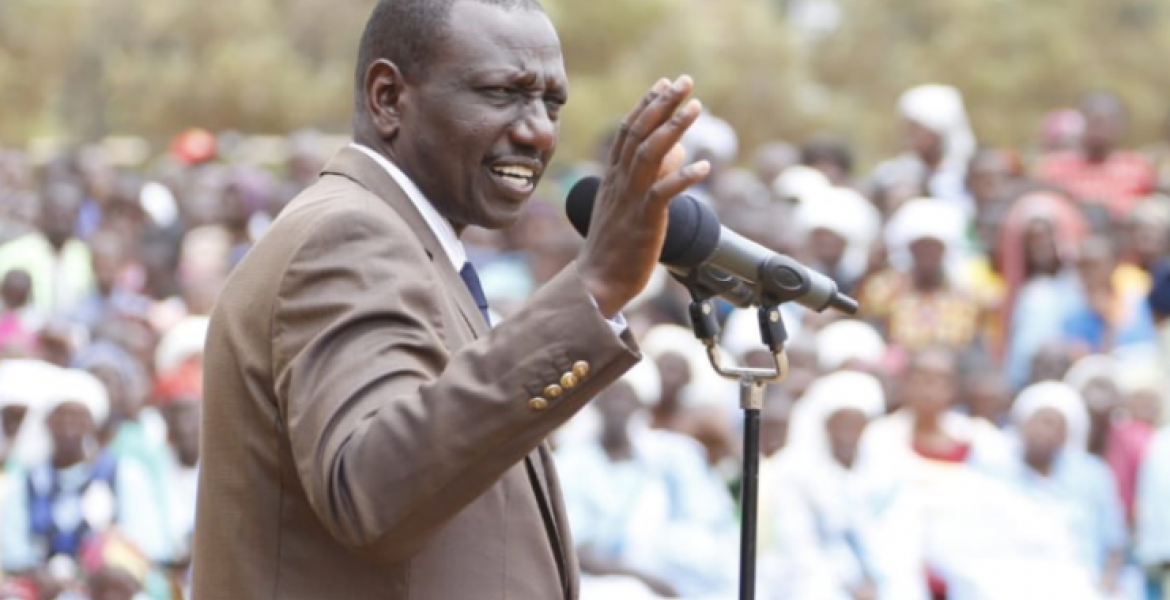 Deputy President William Ruto says he doesn't need endorsements to run for Presidency in the next elections.

Ruto says that unlike his competitors who are banking on endorsements, he has a development track-record and a clear agenda for the country.

“There are those hanging around, waiting for endorsements. How do you expect to be endorsed if you have no agenda or programme for the country?” poses Ruto.

Ruto further declares that he is ready to face any candidate during the 2022 presidential race and challenged his rivals to show what they have done for the country.

“I am ready to battle with anybody. Let my competitors put on the table what they have done for this country.”

Ruto spoke at his rural home in Sugoi, Uasin Gishu County on Wednesday where he has hosted a delegation of leaders drawn from Bungoma and Busia Counties.

Among those attending the meeting are Senate Speaker Ken Lusaka, Busia Governor Sospeter Ojaamong and MPs Didmus Barasa (Kimilili), Dan Wanyama (Webuye West) and many others.

DP Ruto has also taken the chance to dismiss calls for a referendum to introduce changes to the Constitution.

“Anything that seeks to impede the fruits of devolution would also be opposed. We would want to see reforms that would make counties thrive,” says Ruto.

Ruto spoke days after Jubilee party Vice-Chairperson David Murathe said the party and the Kikuyu community have no agreement to support his bid for Presidency in 2022. He also said Ruto should retire from politics when President Kenyatta's term expires in 2022.

Oh, let that not bother you Arap Mashamba because you are not getting any endorsements besides those whose political career you have financed. Them too will go home soon.

Even his own tribe within Nandi and Uasin Gishu are fed up with his grand scale corruption track record. The Nandis are outraged due to Maize Scandal, no school fees.

You Just touched a Nerve below Ruto's belt. Oouuch!!!😬

When you only think of yourself Mr Ruto and go buying acres of land to import Maize from Congo and use your helicopter to smuggle golds, cover up cartels like Obado and within such a short time have become trilionare and cant account for 67% of taxes collected by folks in your office speaks volume. We need to stop this "MTU WETU SYNDROMME". You belong in Jail Mr. RUTO. First account for all your stolen wealth. PERIOD

The last time we checked (through ballots), in Kenya institutional or organizational endorsement means almost nothing. Individual endorsements is a fortune in Kenyan politics; however only two individuals of the 42 million citizens can give that coveted endorsement-Baba and Uhuru period. And on a good day, DP knows that better than anyone else. Whoever has a horse in the 2022 race, you have your answer now get the ball rolling.