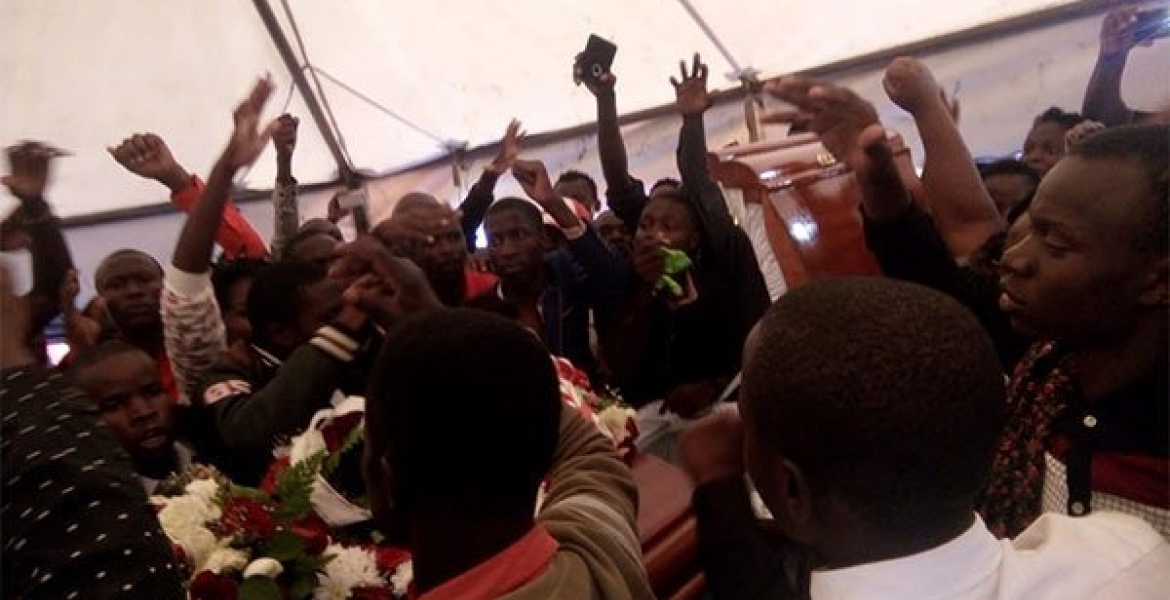 Slain Rongo University student Sharon Otieno has finally been laid to rest, close to two months since she was brutally killed.

Her mother, Melida Auma collapsed after being overwhelmed by emotions as her daughter's body arrived from the mortuary ahead of the funeral service.

The burial ceremony was briefly disrupted after Rongo University students' surrounded her casket chanting "rest in power" as they demanded justice for their slain comrade.

“Sharon did not have to die in such a brutal manner, ” the University's dean of students said in his speech.

The lifeless body of the 26-year-old student was found dumped at Kodera forest on September 5th, two days after she was kidnapped from a hotel in Rongo town.

A postmortem test carried out by government pathologist Johansen Oduor revealed that the student died as a result of excessive bleeding from the eight stab wounds inflicted on her by the attackers. Her seven-month-old unborn baby that was fathered by Migori Governor Okoth Obado also died in the process.

Meanwhile, Governor Obado who was charged with the murder of Sharon and the fetus remains behind bars until October 24th, when the court will rule on his bail application.

Sharon was in a romantic relationship with the embattled governor.