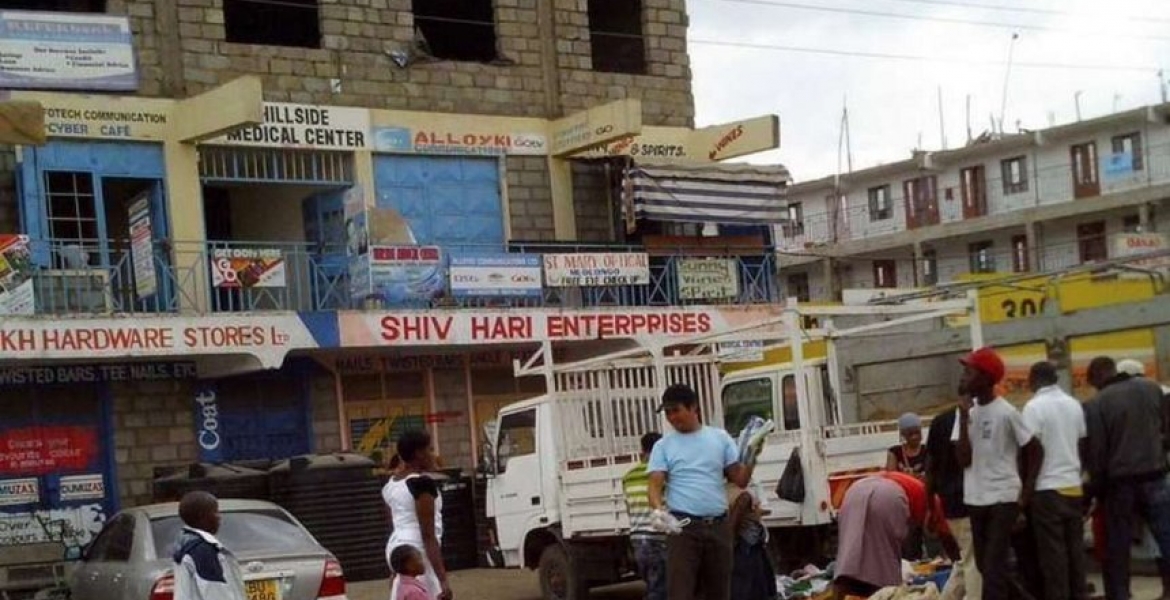 A section of Members of Parliament have raised concerns over influx of Chinese hawkers in Nairobi's central business district.

The more than 10 MPs drawn from Nairobi and Central Kenya regions want the government to deport the foreigners for taking jobs that can be done by Kenyans.

Led by Kiharu MP Ndindi Nyoro, the parliamentarians have urged Interior Cabinet Secretary Fred Matiang’i to move with speed and kick out the foreigners from the country.

“While we applaud Dr Matiang’i for the recent crackdown on illegal immigrants, we want him to revisit the exercise since it seems it did not sieve all the foreigners because Chinese are all over hawking."

“We had a Chinese calling our President a monkey the other day. We have been insulted and we can’t allow this to continue,” said Laikipia Women Representative Catherine Waruguru.

MP Nyoro says the situation is so bad that the foreigners are operating their own stalls in Nairobi’s largest open air market, Gikomba.

“We see Chinese roasting maize in Nairobi. They own stalls in Gikomba Market. Why should they come and hawk when we have jobless youth?

“As youthful MPs, we will not allow this to happen to our young people and we want the government agency concerned with the influx of Chinese traders to tell us if they are unable to evict those foreigners doing jobs that can be done by locals. We must guard the jobs for our people,” Nyoro said.

The MPs have further demanded that Trade Principal Secretary Chris Kiptoo explains how the Chinese acquired the work permits they are using.

“We want him to tell us who gave them those work permits?”

I think Uhuru was right when he said CS 's have failed in their jobs. Foreign, Trade and Interior CS should not allow this to happen. More so, Kenyans should do something about this. Why would one allow a Chinese to see up a stall next to them and not report this or asking them on what basis they are there? Docility is will not take us anywhere.

I think Uhuru was right when he said CS 's have failed in their jobs. Foreign, Trade and Interior CS should not allow this to happen. More so, Kenyans should do something about this. Why would one allow a Chinese to set up a stall next to them and not report this or ask them on what basis they are there? Docility will not take us anywhere.

I applaud those MPs who raised this concern. Foreigners who come to invest, or professionals who contribute in some needed fields and diplomats working for their countries are welcome. But foreigners should not take the jobs of our unemployed locals. I lived in a country in South America and all jobs available are for their many unemployed people and foreigners are not allowed to take any jobs that local people can have.

These inept idiots probably passed a legislation,allowing Ching to peddler sewage there, unknowingly. They only pay attention to money

MATIANGI HAS FAILED KENYANS ! CHINESE CAN GET HAWKING BUSINESS PERMITS TO SELL TO MONKEYS .YES INDEED MONKEYS WILL BUY FROM ANYONE CAUSE THEY DON'T THINK

This Chinese are all over the USA,australia,Canada with small shops e.g electronics,repairing phones,selling food,in baba shops so yes I agree such jobs should go to the locals only but it’s not only happening in Kenya so this Diaspora Guys commenting here should b aware hawa Chinese,indians r even more in the countries they reside.

@Mkenya halisi you're right, they have gone global,but unlike the countries you have stated above, we cannot afford to be generous- we've too little as it is. Millions of Kenyans live on less than a dollar a day. Hawking is the only avenue of revenue for many jobless wananchi and they shouldn't have to watch Chinese people snatch it away from them. Foreign workers in poor countries like ours should be maintained at expertise level- only in areas that an equivalent Kenyan know-how is lacking;in order to enable us to absorb as many of our jobless people as possible.

@ mwororo our country is not poor at all.If it was poor why r Chinese L,britons,Americans,Italians flocking in Kenya n have call it home refusing to return in their countries?We the Kenyans need to b open work hard n change our mentality n stop yapping n complaining most of the time ati Hakuna majobs hapa kenya.Jobs r plenty but wr still a country where most of us want free things from everybody?I have stated here that I struggle to find a tiler to do my tiles or a good painter to paint houses,Carpenter or welder.This is where money is but many parents or kids r flocking to urniversities chasing stupid degrees where u study for 4 years n jobs r less n if u get one u get paid from 20k-40k where if ur a ruler or carpenter u can make 60k in 2wks n u have gone to polytechnic for about 1 yr.So jobs ziko mingi we need to change our mentality.

@Mkenya halisi, I agree with you. Our wrong choice of educational curriculum has led to missed opportunities due to our misplaced priorities. We've produced a lot of illiterate graduates. But it's also true that Kenya in her present condition is a poor country. Using GDP per capita as an indicator of the std of living of a given country, Focus Economies places Kenya at number 17 of the poorest countries in the world. (ref,focus economic.com). Also, 2018 economic index ranked Kenya's economic freedom score at 22nd among 47 countries in sub- Saharan Africa region and it is overall below the world average. Of course this is due to: weak governance, ineffective rule of law, weak financial institutions, inadequate infrastructure and corruption. Kenya has great potential to be a very rich nation but alot remains to be done; we must accept who we're and where we're in order to move forward. Living in denial will leave us stagnated.

Chinese are here to stay mpende msipende. Instead of complaining, learn from them how to roast maize.