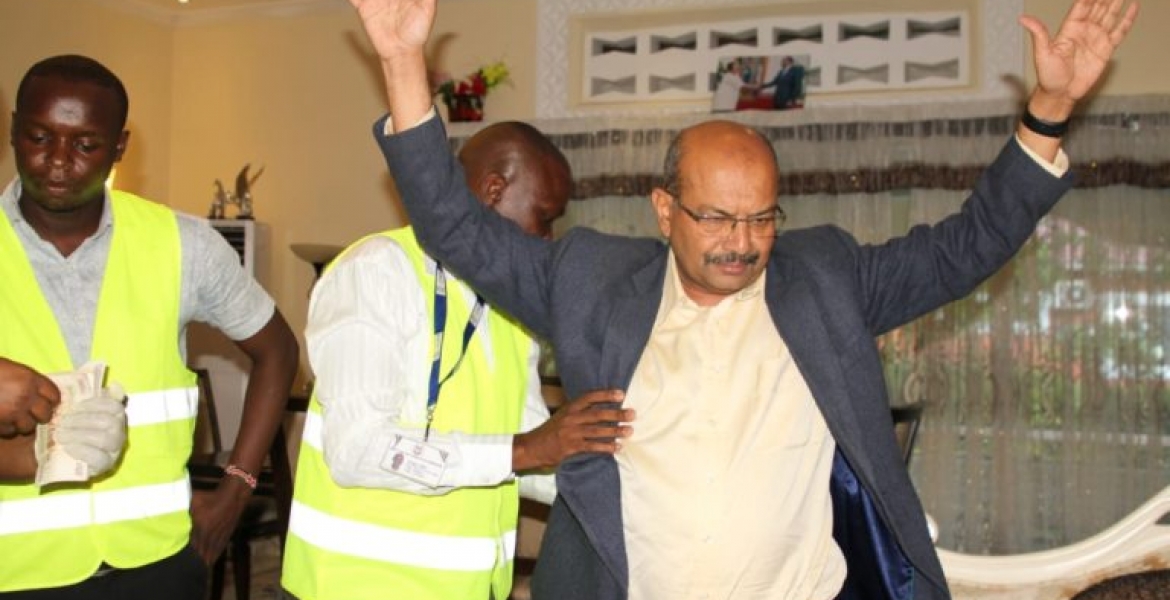 Prafur Kumar was released on Sh1 million bond and a surety of the same amount by Principal Magistrate Henry Nyakweba on Friday. The case will be heard on September 26th.

Kumar was first arraigned in court on Wednesday and was charged with three counts of giving a bribe. He pleaded not guilty to the accusations.

The businessman is said to have offered Governor Sonko Sh1 million for him to order resumption of construction of his Grand Manor Hotel in Nairobi's Gigiri area.

The Nairobi County Government had earlier stopped the construction of the hotel, which is almost complete, on claims that it was illegally being set up in the upmarket estate.

The city-based tycoon was apprehended by officers from the Ethics and Anti-Corruption Commission (EACC) on Monday at his residence in Kanamai, Kilifi County while attempting to give the bribe to Sonko. Sonko is said to have called the officers to report the bribery attempt.