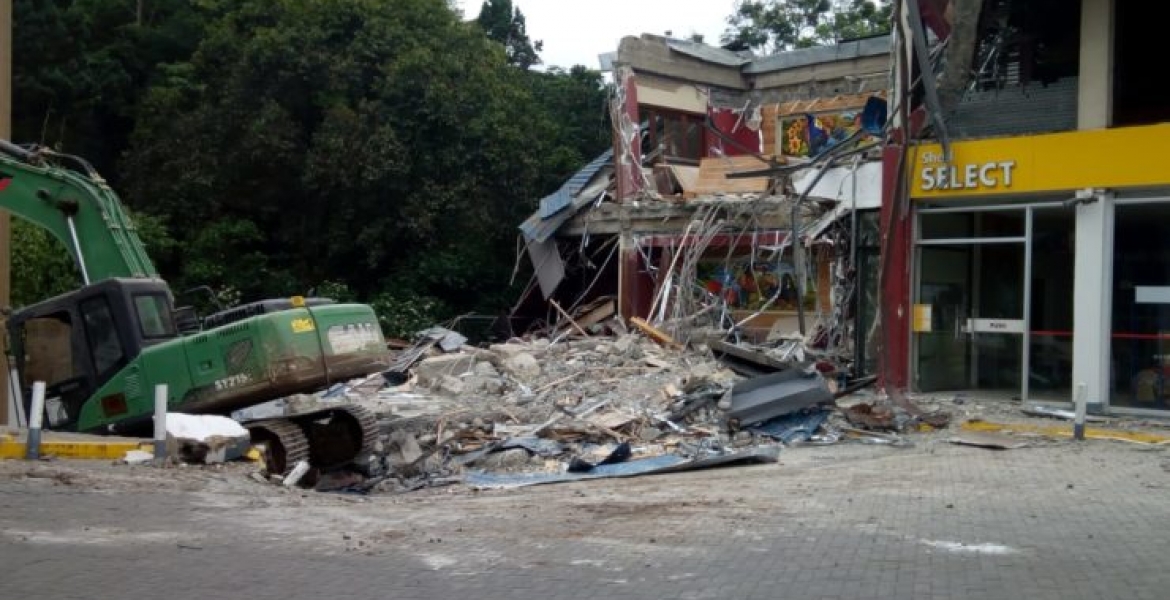 More than 4,000 illegal buildings built on riparian land are set to be demolished in Nairobi, the National Environment Management Authority (NEMA) has said.

The exercise is expected to go in in the next two months and started on Monday in Nairobi's Kileleshwa area where a Java coffee house and Shell petrol station were pulled down.

The operation is being conducted after recommendation by the Nairobi Regeneration committee appointed by President Kenyatta in December, 2017 to clean and reclaim Nairobi River among other things.

Nairobi Central Business District chief Julius Wanjau, who is supervising the demolitions said owners of the structures were issued with three-month notices and extra seven days to vacate.

"We are going to continue with demolitions until we reach the National Museum. Then we will move to Gikomba, Ruai and Nairobi West," Wanjau said.

John Chumo, a senior official from the National Environment Complaints Committee said the problem of illegal structures on river banks is exacerbated by rich individuals who use their influence to bypass the law.

“Moving forward, any developments should conform to the approvals of NEMA, the Water Resource Authority and county governments,” said Chumo.