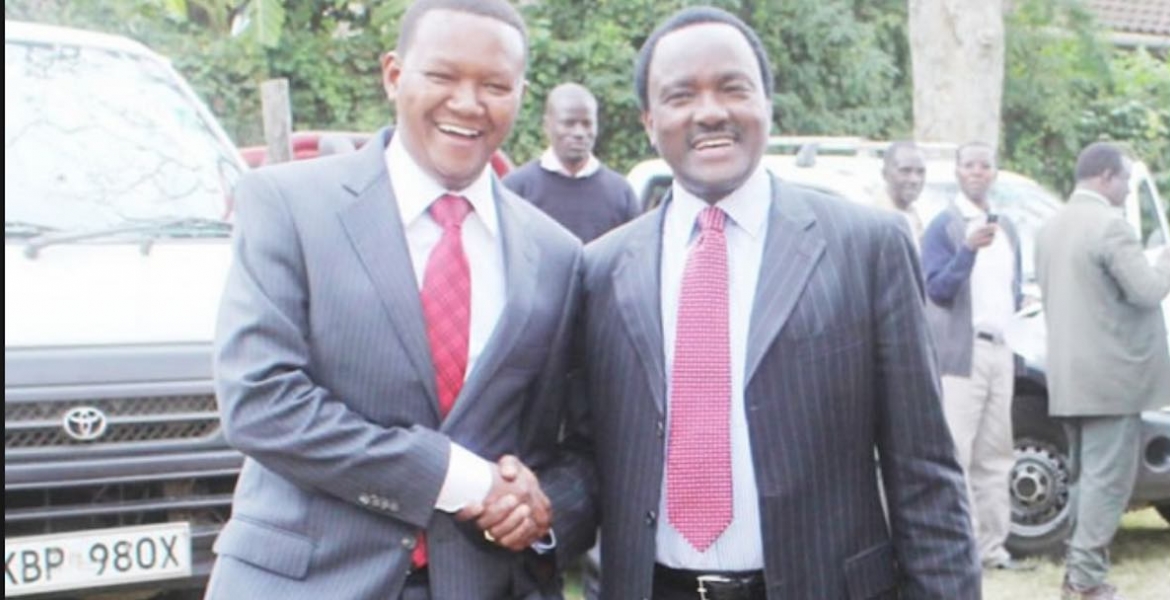 Wiper leader Kalonzo Musyoka and Machakos Governor Alfred Mutua are set to hold talks in a bid to end their rivalry following their bitter fallout in the run to 2017 elections.

Attending the wedding of Robert Kivutha, son of Makueni Governor Kivutha Kibwana in Karen, Nairobi on Saturday, the two briefly met and pledged to hold a meeting in the coming week to bury the hatchet.

"It was also great to reconnect with H. E. Kalonzo Musyoka. We enjoyed moments of laughter as we discussed life and agreed to call each other this coming week to find time to share a cup of tea,” Mutua said in a tweet.

This comes a week after Kalonzo threw weight behind President Kenyatta’s big four agenda and the war against corruption.

"They attacked me when I supported Uhuru’s re-election after quitting Wiper and forming my own part, however, now that we are all supporting Jubilee’s agenda, let’s work together for the interest of our people,” Mutua said last week after Kalonzo's decision to work with Jubilee.