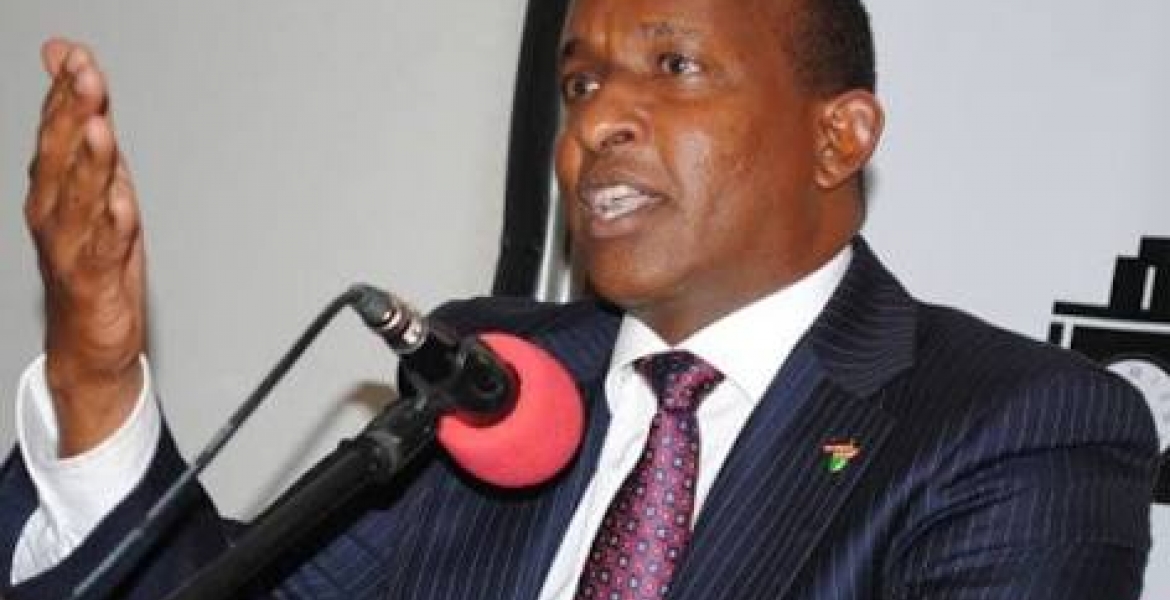 The Jubilee Party has distanced itself from a Bill drafted by Tiaty Member of Parliament Kassait Kamket, seeking amendments on the Constitution to create the position of an Executive Prime Minister and a one sever-year term President.

Leader of Majority in the National Assembly, Aden Duale said Kassait's Bill is  privately sponsored and has nothing to do with the ruling party. Duale further faulted the media over the manner in which it reported the matter, noting that the fourth estate should have clarified that the Bill is crafted by an individual member.

“I caution the media to desist from misreporting on such matters by ensuring they come out with the correct information and facts as opposed to using the ruling Jubilee party in sensationalizing their reporting for purposes of capturing their market,” the Garissa Town MP says.

"Therefore I wish to make it very clear that Hon. Kamket has in his private capacity just like any other Member of Parliament is expected to do come up the proposed Bill which I have also read in the media today. The proposed Bill has nothing to with the Jubilee Party.”

"Hon Kamket is a KANU MP and therefore the proposed Bill which seeks to bring to the House is not a Jubilee Party sponsored Bill,” he said In his Bill, Kassait proposes that the PM position be filled by an elected MP.

The Premier, the MP says, should have executive powers as the head of government and leader of government business in Parliament. He also proposes that the President should serve a single seven-year term and only have ceremonial powers. “The Bill seeks to amend the constitution to limit the president to a ceremonial role of Head of State and a symbol of national unity.”

“The enactment of the Bill will foster inclusivity in the leadership of the country and proper accountability of the government to parliament,” the MP states in the Bill’s memorandum of objects and reasons.

INCLUSIVITY.. Some Kenyans are made to think that this term means their being made rulers over others and will thus not accept others at the helm. Every Kenyan is in gvrmnt through their elected leaders. Are U not represented? U have a leader in Mca, Mp, Senator, Women Rep gvnor and Prezo who were elected thro popular vote.

UNEMPLOYMENT.. Every one in Kenya have a well paying job at your disposal and its only the ignorant who does not see the oportunities. Your no. 1 Oportunity is Peace..What r u doing with it? 2. Cohession. 3. Nation building. If we all promote these then we shall all have a better live in Kenya. Failure to do so will lead to evil
EVIL is the transpose of LIVE (read the words from right to left)
Is Your 'Leader' promoting co-existance and Harmony? If not, then do it on behalf and Kenya will change for better. Hahaha! It starts with YOU.