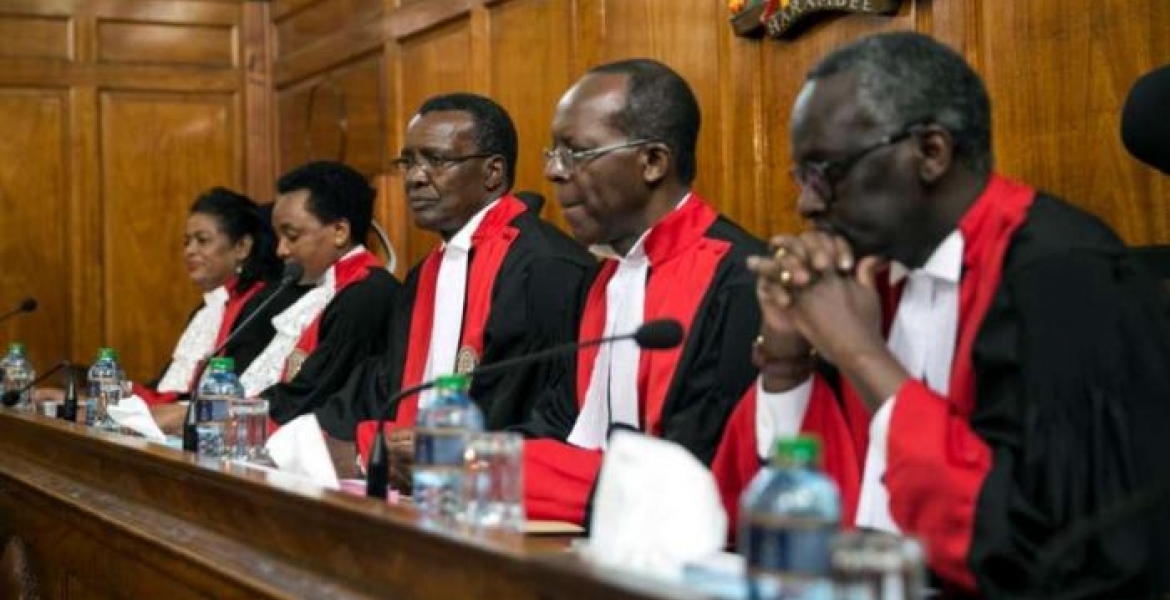 Section 204 of the penal code reads that any individual guilty of murder, robbery with violence, treason and other capital offences shall be condemned to death by hanging. However, while delivering the ruling the Supreme Court said the section "is out of sync and cannot stand as it is inconsistent with the constitution".

Six Supreme Court judges ruled that death sentence is unconstitutional as it violates dignity, access to justice and right to fair trial by taking away the responsibility of a judge to decide the penalty.

The Supreme Court further ordered the full judgement be presented to both National Assembly and Senate to guide them in making amendments to the affected legislation. The bench also directed that the case of the two petitioners, be re-heard at the High Court-only on sentencing.

In their petition, the two wanted the court to abolish the mandatory death penalty, arguing that it is cruel and inhumane. Case papers filed by the two read in part:“We were convicted by the High Court on a charge of murder and, by the operation of Section 204 of the Penal Code, the sole applicable sentence was the death sentence."

"The sentence was not a judicial evaluation, but rather a predetermined penalty in a municipal statute,” it continued.

In Kenya, the death sentence was introduced during colonial times when the country was still under British rule, but was retained in the subsequent constitutional dispensations developed after independence. The duo has been on Death Row for 14 years, having been jailed in 2003.

The last time the death penalty was fully implemented in Kenya was in 1987 when Hezekiah Ochuka was executed for orchestrating the attempted 1982 coup.

If a convicted felon has murdered another or others and this is found beyond reasonable doubt. How can that be cruel and unjust? The letter and spirit of the law, must measure up to the severity of the crime. The wages of some sin, must remain as death, even for deterrence.

Then for the Sake of Justice: Make Death Penalty CONSTITUTIONAL.

Some murderers, child rapists and other social misfits do not deserve a day of freedom.You need to ensure that there are enough resources to house these types in prison for life if not the aggreived parties that is victims and survivors will start to take the law into their own hands so that justice appears to be served.

Some people deserve death penalty like serial killers, child molesters & those who swear-in themselves as president.

I believe the court ruling was in regards to "mandatory" death sentence being unconstitutional not death sentence in general... Death sentence can still be inposed but at the discretion of a judge not as mandated by law e.g. Currently if one robs a bank using violence and proven guilty then they will automatically be sentenced to death, the judge has no say... Now it will be up to the judge to decide if they get hanged or not.... Death sentese will still be legal in Kenya but not "mandatory" as in not pre-determined for certain crimes as it is today.