ODM Governor Says He Recognizes Uhuru Kenyatta as President, Will Work with Him 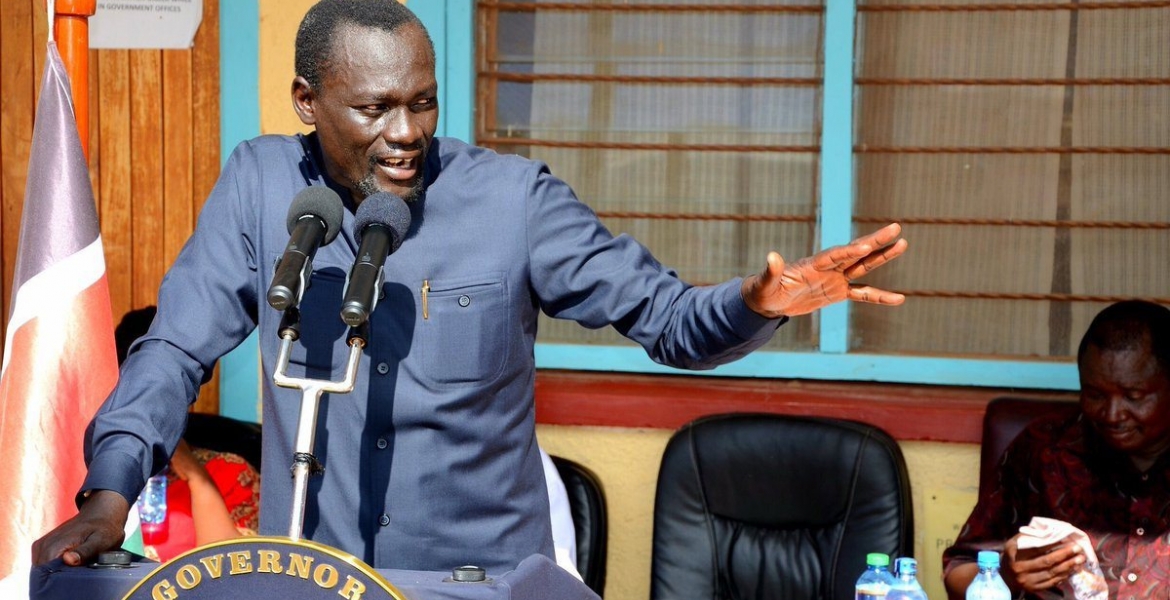 Turkana Governor Josphat Nanok now says he will work with President Kenyatta for the benefit of his constituents.

Speaking during Jamhuri Day celebrations on Tuesday, the Orange Democratic Movement (ODM) Governor said he will recognise Kenyatta as the duly elected president, noting that another head of state can only be elected in the next general elections

"Kenya has one President who was elected by Kenyans," he said, concerning Uhuru Kenyatta who was sworn-in as president two weeks ago.

However, this is in contrary to his party leader Raila Odinga, who has insisted that Kenyatta is an illegitimately elected President as the elections were a "sham". Odinga has vowed not to recognise Uhuru as president.

Nanok, who also doubles up as Council of Governors (COG) chairman also pledged to lead all the 47 governors in uniting the country.

“Last week, we formed a committee of 10 Governors which I will chair. Its agenda is to unite the country by bringing all stakeholders on board," he said.

Go Nanok, you are the true patriot. Work with Uhuru for the sake of your people and all Kenyans but remember to keep UhuruRuto on their toes. At this age, drought and Kenya should not exist in same sentence. What a shame. We ought to do better.

Nanok for for 2022 deputy President.