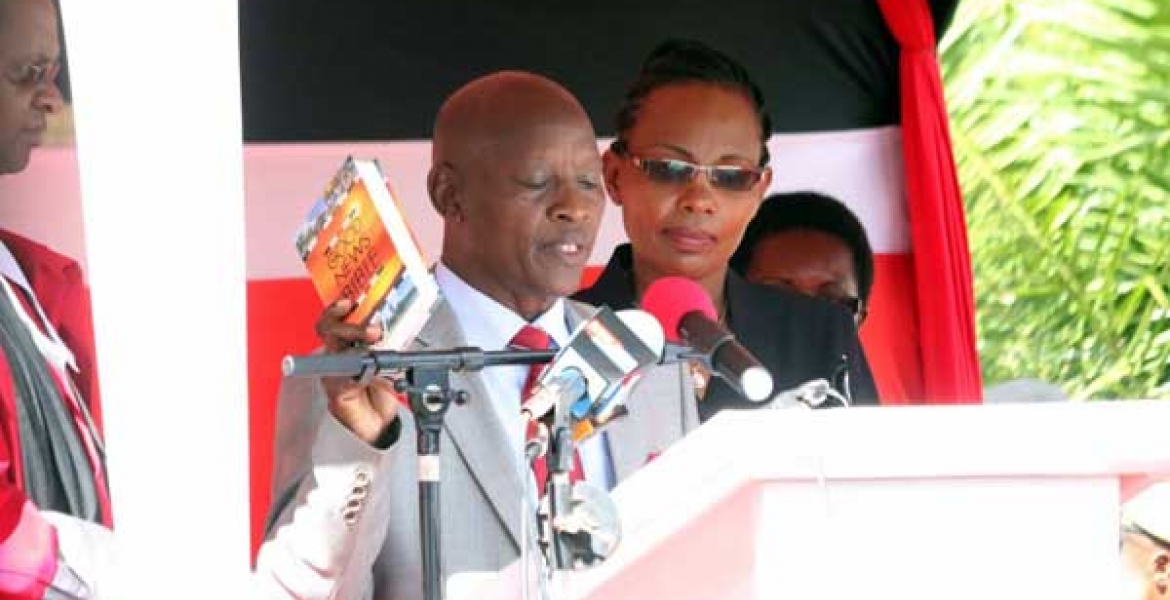 Mutahi Kahiga has taken oath of office as the fourth Nyeri County Governor, taking over from the late Dr Wahome Gakuru who passed on last week following a road crash at Kabati area along Thika Murang'a highway.

Mr Kahiga, a former teacher, was sworn-in on Monday outside Nyeri county offices in a ceremony attended by about 500 residents. However, despite pledging support for him, none of the other 46 governors was present at the ceremony. The ceremony was presided over by Judge Jarius Ngaa.

I wish you well Governor Kahiga and may you take Nyeri to greater heights. Dr. Gakuru had great ideas for Nyeri and would have been a great govenor. Endeavor to live up to his expectations if not better cos that is what Nyerians expect of you. Out with corruption once and for all! RIP Dr. Gakuru.