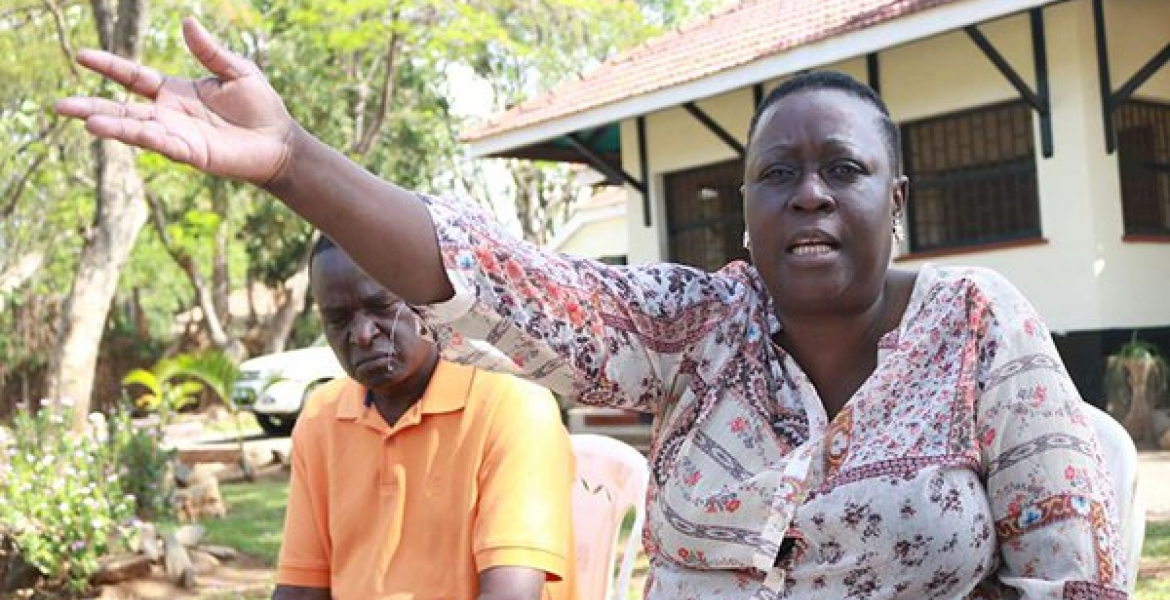 The Kericho Magistrate court on Monday morning ordered for the arrest of Kisumu Senator Fred Outa and former Deputy Governor Ruth Odinga for refusing to appear for a case against them.

The two leaders were charged before the court for disrupting a training organized by the Independent Electoral and Boundaries Commission (IEBC) in Kisumu Central a week to October 26th repeat presidential election.

Outa and Ms Odinga are facing several charges including forceful entry into an electoral center without authority, preventing an election officials from conducting their lawful duties, and malicious damage to property.

Mr Outa and Ms Odinga are accused of forcefully entering Prosperity Building in Kisumu town, where the IEBC was training presiding officers in preparation for the October repeat poll. Youths who accompanied the two leaders vandalized tents and plastic chairs used by IEBC at the training.

The two were supposed to appear in court on Monday morning for mentioning but failed to show up.

“A warrant of arrest has been issued against the two because they have gone against the orders of the court,” said Chief Magistrate Julius Ng’arng’ar.

They had been released by the court on a Sh Sh500,000 personal bond each on October 23rd.

You yap about others breaking the rules but you do not follow the rules. Kenya is getting tired of leaders who think they are above the law. Where is Orengo again to impede their arrest and have them walk free after what they did?

useless courts. Have you ever herd anyone going to jail for anything in Kenya. This publicity stunts must STOP. We want to see sentences. PERIOD. This stories about going to court is just laughable. Nothing comes out of this court cases.,

It's bout time!!! They should be tried for conspiracy to create omissions of 4 couties from voting for the purpose of creating illegalities to be used to annul presidential elections... We need to see serious jail terms and heavy fines to stop future players from using same tactics to block democratic processes

With all that money Ruth Odinga cannot be able to buy a blouse that fit her. She is showing her boobs. Where are those elected people who talk about dress code. This is indecent exposture