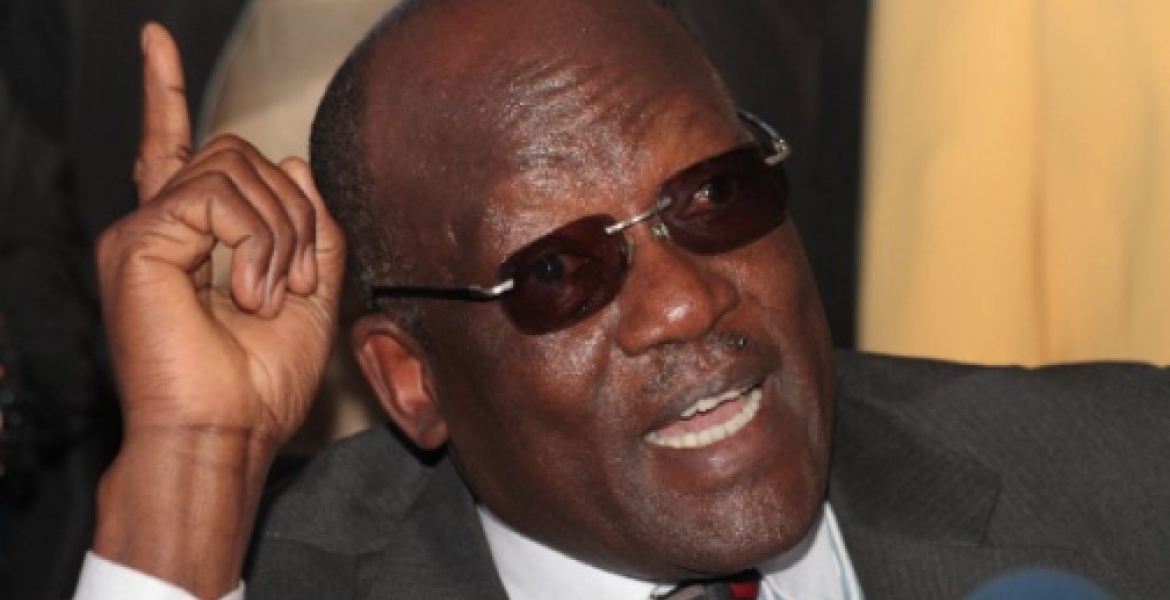 The National Super Alliance (NASA) will resume its street demonstrations next week as part of its plan to push for electoral justice and reforms.

Speaking on Saturday, former Machakos Senator Johnstone Muthama said Nasa will stage demos next week, although he did not specify on which day. "We are not part of the petitions because we are not looking at having negotiations at any given time with Jubilee, except on the basis of reforms in the IEBC to enable a free election to take place."

The former senator further dismissed claims that opposition leader Raila Odinga is pushing for a "nusu mkate" government, stating that the full loaf belongs to Nasa.

"There is no way you can ask for a nusu mkate (half loaf/negotiated government) when the full boflo is yours! How will you give bread to the one who has stolen it from you and ask for half? Therefore, it is a mistake to go around saying that NASA wants nusu mkate ," he said.

The NASA leader also warned of consequences if Jubilee goes ahead to swear-in President Uhuru Kenyatta for his second term.

"If Jubilee goes ahead to swear in Uhuru, the repercussions will be more serious. We are going to bring in more companies to boycott and that will have serious effects."

This demos are meant to influence the supreme court ruling on 21st.

We are tired tired tired of these protests. It’s not about you. It’s about Kenyans & our country. Sorry to say but I think some men can be very stubborn in decision making. I don’t even want to listen to News any more. So annoying. It’s like a kindergarten.

This man belongs to jail. He should be in jail now. Every time he is arrested he only spends a night in custody before been let out to go curse President and incite public. I am slowly losing faith in Uhuru's leadership. I think it's about time he let Ruto takeover. He does not seem to have courage take actions when it's called for. A President need to be tough in order to be respected. Fear is the best weapon to deter people. The law uses it to deter people from taking illegal action. Consequence is the remedy of fear. You insult President, you go jail, you set an example to the rest. respect prevails.

I guess the plot to get Westerners aka US Congress to side with General Kony backfired, so, back to the streets.

When I see a beehive activity in nasa (and nasa die-hards taking turns to make declarations), I know they have been cornered and this may have something to do with Rao's trip to DC that did not bear fruits as portrayed to nasarians.