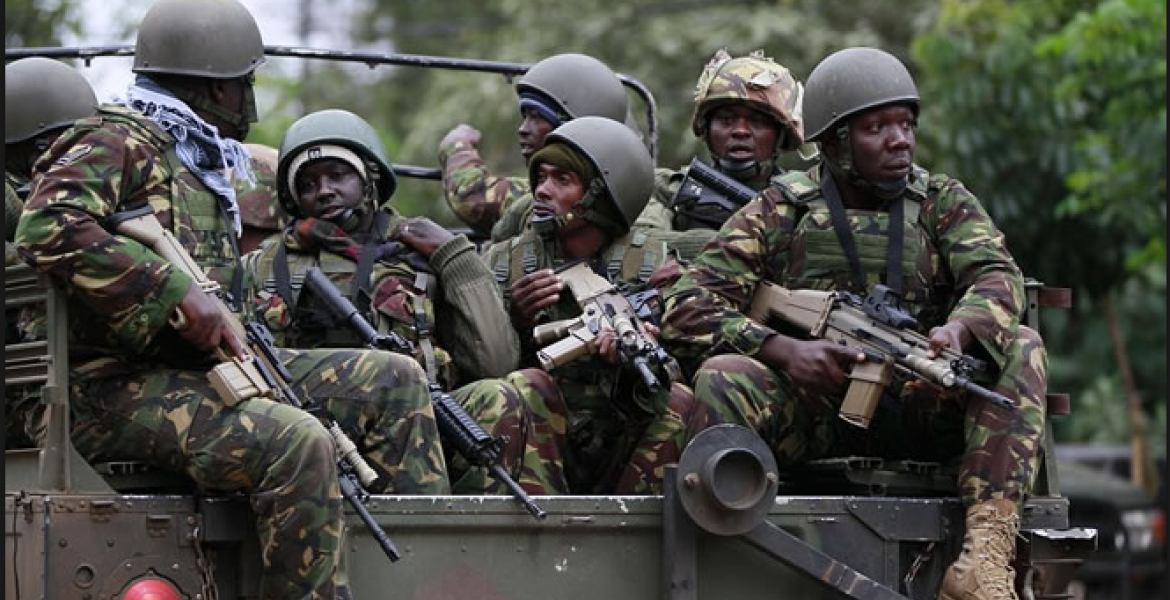 Speaking to Citizen TV's Jeff Koinange Live show on Wednesday, Aukot, who was among lawyers who drafted the new constitution, said that the President is allowed by the constitution to deploy the military with the approval from parliament.

Aukot said that the military would help avert the recent witnessed attacks on IEBC officials in opposition strongholds of Migori, Siaya and Kisumu during the presidential elections next week.

" What I can advise President Uhuru is to seek approval from parliament and deploy the military during voting. The recent attacks on IEBC officials are serious and the services of the army could be needed to protect Kenyas willing to vote,".

On the recent developments at IEBC, Aukot said that, while Dr Roselyn Akombe had the right to resign from the electoral commission, the timing of the exit was wrong.

"We have entertained mediocrity in our country and that's why I think even the timing of Roselyn Akombe’s resignation was irresponsible and convenient only to herself. She didn't do it for the country. Only mediocre run away from crisis instead of resolving them," added Aukot.

Aukot also asked President Uhuru not to assent to the recent amendment bills on electoral laws passed by Parliament.

You can all criticize Akombe but she did the right thing.
Msando got killed and his hand chopped off for being a "patriot".
These are just jobs...IEBC JOBSSSSSS!!
If Msando was alive he could looked for another job.
Akombe should get another job and forget y'all!
This elections should be postponed.

its unfortunate the likes of aukot giving advise to our able leader. deployment of KDF is nonsensical unless Aukot is not wise enough. that is unconstitutional and the most useless way one can advise. our police are well trained and are very much capable. if Aukot is wise this way its just wisdom to be applied in your household not Kenya. need to preserve the population and deploy sobriety. you can't threaten Kenyans in their own land as if we are refugees. we are getting sick of leader who want to sound like siding to their political god to receive favour at the expense of innocent blood.style up

The best idea I heave heard from a candidate.

Ben. Stop Making a Spectacle of Yourself and Fool of Some of Us.

Don't blame for your own folly. You make a fool of yourself on this forum every day! I hardly know you but I can say this for you: Your condition seems to be permanent!

The best idea I have heard from a candidate.

Aukot for president! Some sense

Thi is Why I have beven CASTIGATING Aukot as Useless and 1% of Raila's Ability to be President of Kenya. And in ESSENCE AUKOT is Making a FOOL and GOON of Himself and DIMMING the Chances of Any Sane Person Taking Him Seriously.

ANYWAY: Just Why Did Uhuru Pick Chebukati To Chair IEBC Yet He Was Last Candidate During Interviews
October 19, 2017
ShareTweetPinMail
Out of 9 candidates who applied for IEBC chair, Uhuru took the second worst…
This is where rain started beating us…
The scores after the rigorous interviews for the Chairmanship of the IEBC conducted by the Selection Panel were as follows:

Please buy a new keyboard - the one you are using is mixing upper and lower case letters. Thanks

Good advise. Itis behabing like a tyoewritr....or maybe an abused keyboard where the user hits it too hard when mad. Glad yo nticd.

If it will take the military to attain peace, so be it. I support it. Ordinarily, military is used to fight threats external to the country; but in this case, it maybe necessary to deploy within.

@Sokora, people are talking secession. I say that is serious enough to warrant deployment of the military, which is supposed defend against serious threats to the state.

Jubilee political party has turned Kenya into a police state and a replica of the NAZI Germany crooked leadership!

Statement like are now starting to make you sound like an imbecile. Why don't you take us through a history of Nazi Germany so we get where you are coming from.

Ekuru Aokot don't worry president Uhuru has always planned that.Military will b there especially in coast n kisumu areas.Wanjaribu to sabotage others rights to vote they will continue to see fire??Aokot its true this is a good point u have made so far???Raila cannot bring the Kenya dwn for him to rule n his wakora judges???His days r numbered???

@Mkenya halisi, for those of us who are native speakers of Kiswahili don't appreciate your spelling of Kiswahili.

It is not "wanjaribu," it is "wajaribu." Please write in Gikuyu language and we will be able to use the "translator" to understand your message!

@Imara, your hate is starting to seep into your posts, as much as you are trying to be neutral. So he wrote "wanjaribu", so the hell what? You got the drift of his message, didn't you?

This is a discussion forum, not an language tutorial. Get real!