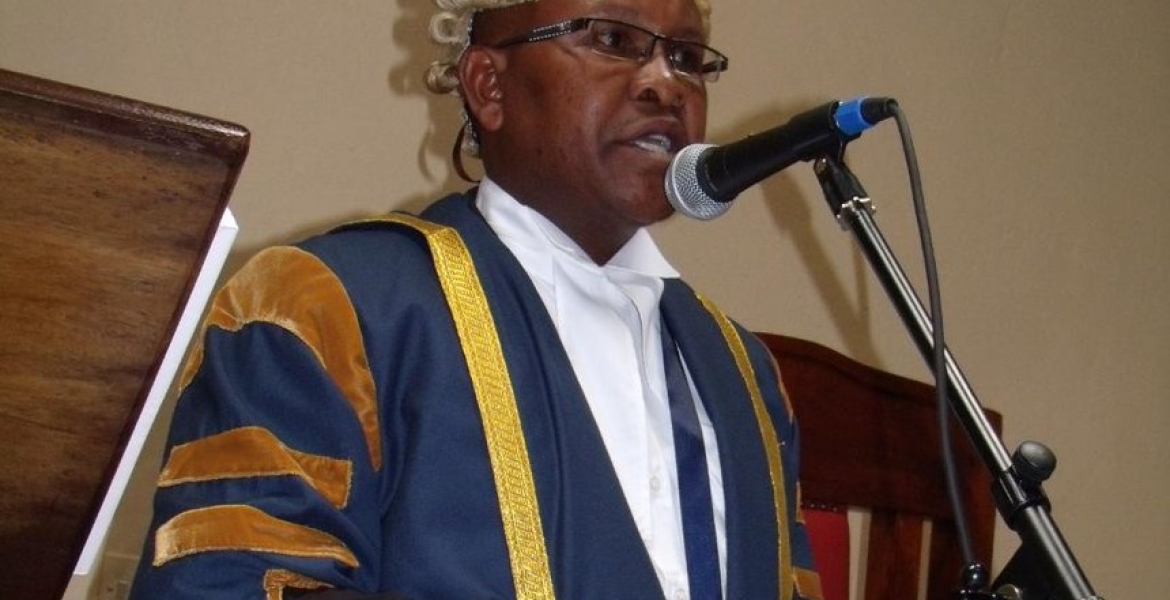 President Uhuru Kenyatta has been urged to declare a state of emergency ahead of October 26th repeat presidential election.

In a statement, Nyandarua County Assembly Speaker Wahome Ndegwa urged the Head of State to declare state of emergency in regions likely to experience violence during next week's voting.

Ndegwa argues thar Article 58 and 132 of the Constitution gives powers to the President to declare a state of emergency.

The Constitution states that if the country is threatened by war, invasion, general insurrection, disorder, natural disaster or other public emergency, the President can declare a state of emergency.

Wahome noted that army officers should be deployed in the areas to provide security if the opposition decides to disrupt the poll.

"The threat that there shall be no election as this amounts to disorder," Ndegwa said.

"Let the soldiers keep security for voting to take place. We will then swear-in Uhuru for the country to move on."

Wahome exuded confidence that Jubilee will win the repeat election because it has enough numbers to do so.

The speaker also challenged opposition leader Raila Odinga to obey the Supreme Court orders that the election be conducted within 60 days.

"If he feels that IEBC was wrong in preparing the repeat presidential elections within 60 days, he should have petitioned the same court to vacate the order."

Earlier this month, Nairobi Governor Mike Sonko pointed out that President Uhuru was free to declare a state of emergency.

October 18, 2017
ShareTweetPinMail
My understanding of what Chebukati has said;

1. Chiloba must go, or I will resign.

2. I cannot deliver a credible election because I have no time and support, so I will resign.

3. But I want to meet Raila and Uhuru in person to explain this, so that we seek an extension with their support. This is the reason I am staying a few more days, before I resign.

4. Yes, I am under siege and there is no independence. I will not compromise my legacy as a father and standing as a lawyer. I’d rather resign.

5. Uhuru security people are holding my people hostage while Raila people are giving my staff goch Kisumu, so I will resign.

6. Technically I have resigned. But I am the only lawyer among the commissioners (that’s why I will mention “lawyer” countless times so you can read between the lines) and therefore the only commissioner qualified to be Chairman. If I resign while that character is only a caretaker ginene, I will throw the country into a crisis. But I will resign.

7. Many of you were waiting to hear me say I have resigned. Wait a little longer. I will resign.

8. Everything Akombe said was true. But she has a US passport which I don’t. If it was safer, I would resign.

9. I am giving a yellow card to both sides (of course I have forgotten I was forced to add the other five, so they are actually seven and not two) that if they don’t help me give them an election, I will resign.

10. The Supreme court told me I should carry out a proper election. Those who think I will just announce a fraudulent winner next week are mistaken. Because I will resign.

11. Commissioners are political and tribal voting robots that don’t see the merit in anything. They have defeated all my good intentions. So I will resign.

12. I already resigned. I am resigning now. And I will resign. I am seeking the support and sympathy of the Kenyan people so that my decision is not misconstrued as cowardice since they left me no option but to resign.

This looks like a song with a climax 'I will resign' the earlier the better he do it. Ahmed Issack is waiting to get his job back

have sang it all until I met your comment no matusi

My question is, if Chiloba is considered tainted as he is accused of participating in compromising the integrity of the last election; why is it that he has not stepped down for the good of the country and go to court to clear his name? I personally would have stepped aside.

Please Chebukati be a strong Luhya man and just resign ,don't fear death.Uhuruto wants to rule the country by force and that's why Euro keeps on bragging that Uhuru is the commander of makes and who is Raila they know that they cannot win a credible election in kenya.

I concur with Speaker Ndegwa , Our Security forces should be deployed in these hot areas and all Kenyans should be warned that anybody
who will interfere with the Election process will arrested and will charged to full extent of the law . We cannot allow Kenya to become ungovernable because of few individual issuing threats . President Uhuru u granted by the constitution to enforce the law without fear and favor and never allow other forces to have an upper hand . The past election violence could have been prevented if our security forces were in full charge. The opposition use some individuals to advance their own interests. In foreign countries if u to throw stones at security personel u will be charged it court.

This is a state of Emergency . The elections were annulled which Our president agreed.Then they were suppose to be held on October 16th and the opposition said that was way too early , they were granted their wish was granted and were postponed to October 16th .By law Election are supposed to held within 60 days which means if again they are postponed there major crisis in Kenya and that I what the opposition want . Our security forces should be posted on polling stations and heavily armed and whoever who tries to derail the voting process should be arrested and be charged in court with treason or to the full extent of the law. Our got a lot a lot helicopters and start patrolling our skies and as we approach the voting day. All those who do not love should be made aware , they will be arrested and be dealt with accordingly. Our president should borrow a leaf from our former president Moi , nobody would dare disturb the peace without being dealt with immediately.Whenver their were inter tribal clashes our security were deployed and peace would prevail.