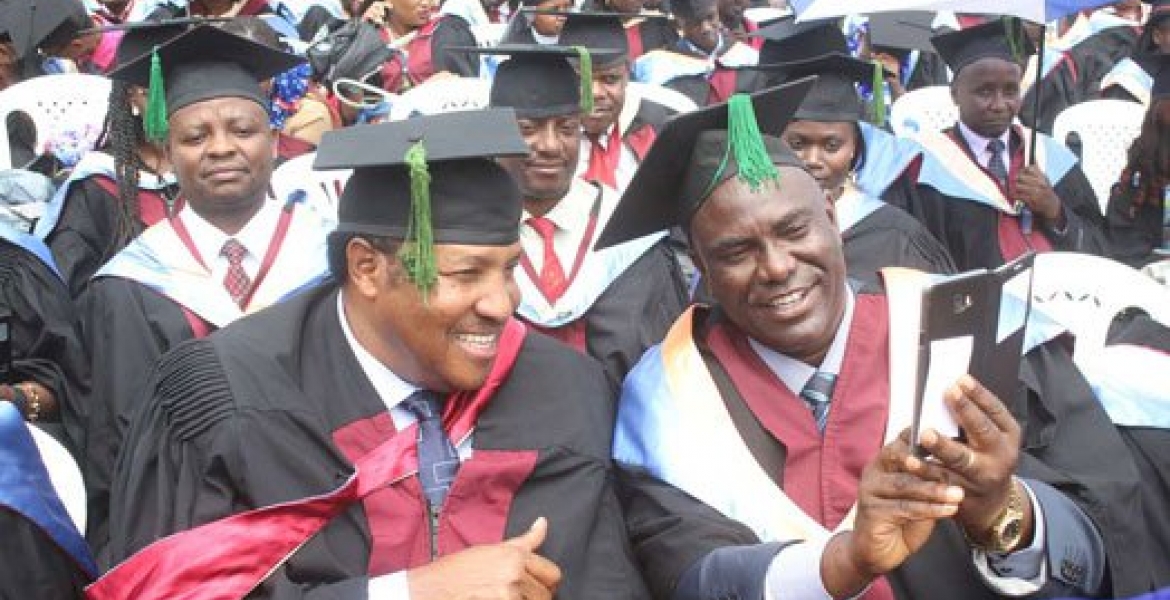 After capturing the headlines in the weekend for graduating with a Masters Degree in Kenya Methodist University (KeMU) 17th graduation on Friday, Kiambu governor has finally spoken on how he attained the academic milestone.

Waititu was among the 2,800 graduands who were conferred with PHDs, bachelor’s degrees and diplomas in various disciplines in a graduation ceremony held at KeMU main campus in Meru.

Waititu was awarded a Master of Business Administration, human resource management option and has narrated his journey to the milestone that caught the eyes of many Kenyans.

“I wake up very early in the morning to study for about two hours before I start my normal day. It was very tough but I am glad to have graduated today,” the county boss, whose academic credentials have been questioned in the past said.

The former Kabete Member of Parliament added that his graduation put to rest the debate on the authenticity of his academic papers, that has threatened to haunt his political career in the past.

“I am very delighted to graduate with an MBA. At least people who have seen me with gowns during the day can attest that I have graduated,".

“Those who have been questioning my papers can confirm from KeMU University,” Waititu said. “I am now better equipped to serve the people of Kiambu County.”

Waititu insists that he schooled at Panjab University in India, in the 1980s and the institution confirmed that Clifford Ndung’u Waititu was their student and was awarded a BCom degree after successfully completing the course.