Raila Demands IEBC Servers Be Moved from France to Kenya 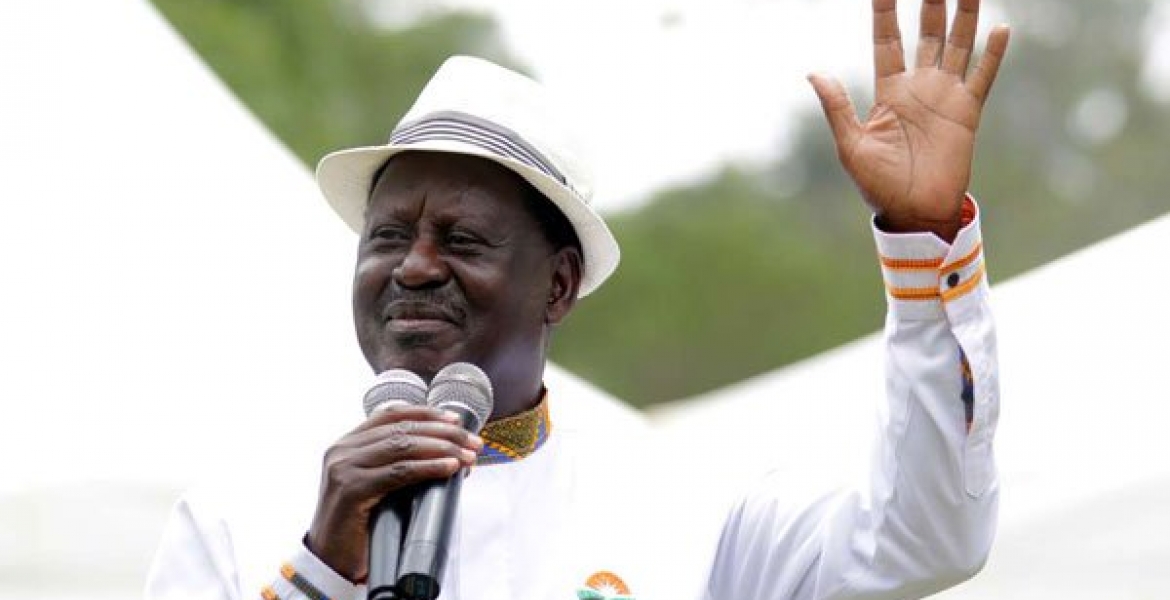 Opposition leader Raila Odinga has demanded that Independent Electoral and Boundaries Commission (IEBC) servers be moved from France to Kenya.

Speaking during a rally at Mama Ngina grounds in Mombasa County on Sunday, the National Super Alliance (NASA) leader said that it was wrong for important information on Kenyans to be hosted in a foreign country, contrary to regulations by Communications Authority of Kenya.

"We do not want a server, with information about Kenyans, to be located outside the country. The server should be brought to Kenya and not France," Raila said.

The former Prime Minister further said that the Electoral Commission must open the databases to public to make sure that they are empty before another election is held.

The opposition has persistently demanded the French Information Technology firm, OT-Morpho be sidelined from the repeat presidential election, on claims that it was involved in bungling the cancelled August 8th presidential poll.

And the person who accessed the servers for NASA is based in FRANCE ! So do you want IEBC to take there so you can steal the election Raila... the truth is out there stop masquerading here

Baba,Do you really know whats a server? This guy needs to be educated well about what a server is and its operational. Its so illogical demanding to move the serves here. Rao team was given access to "readonly" to this servers and they could not get anything since they do not know its operational. Listening to his demands am just amazed he is an Engineer

I thought he withdrew from the race!!!

Exactly Why would he care if he is out of the race?

This is why they say little knowledge is dangerous. You tell some people "cloud computing" and they come back to argue computing is done above the clouds in Kenya and that's where Jubilwe is doing the rigging. Physical location of the servers is unimportant.

@Sokora...that's funny. Si you offer to give this ?Engineer? a lesson or two in basic ICT...

What is this ignoramus talking about.... databases have to be empty of what, air?

Raila, it's time for you and your brother Uhuru to step down from politics permanently. When? Now!

I agree with you Imara. I wish voters are tired of the two sparring JUST ABOUT EVERY DAY.
Lets elect one of the new faces.They cannot be any worse.If anything thing they will try to deliver...signaling the arrival of real change.

Ok, its wrong for important kenyan information to be held in a foreign land, its equally important for you RAO not to run to these foreign countries to explain yourself. A phone oall would suffice,should that the necessary..