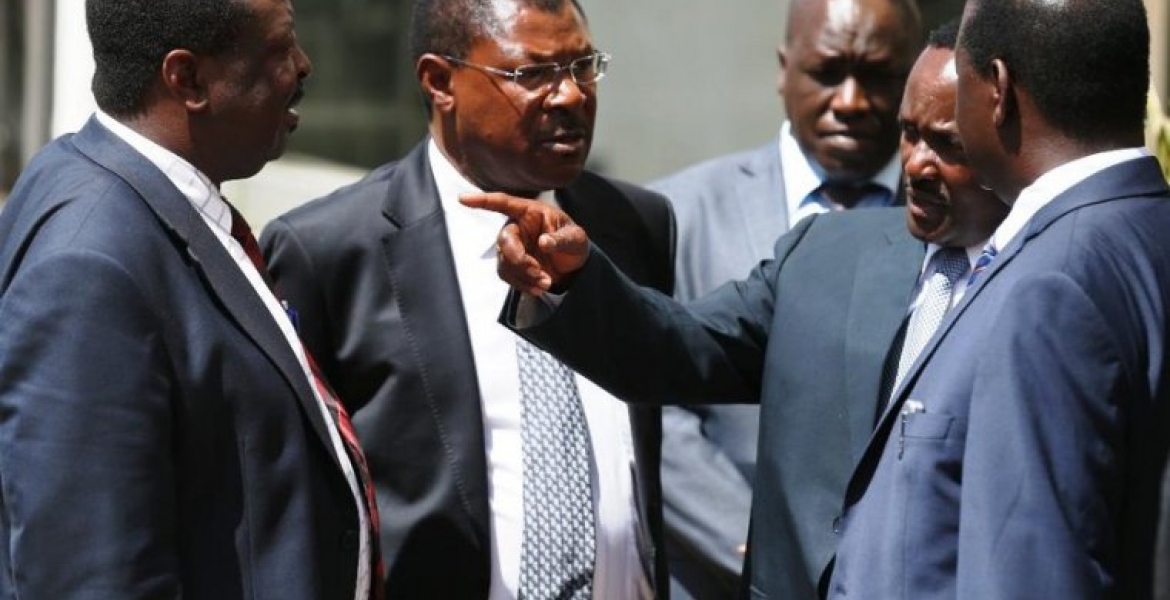 Senators allied to the opposition National Super Alliance (NASA) have vowed to challenge the proposed amendments on electoral laws in court, if Jubilee passes then in Parliament.

The MPs argued that formation of a select committee in Parliament to scrutinize the proposed changes in election laws was unlawful. They said that they will not be part of the process in both National Assembly and Senate.

Led by Homabay senator Moses Kajwang, the senators described the changes as unprocedural and unparliamentary.

“The memorandum to the Election Laws (Amendment) Bill states that the Bill does not affect counties and implies it is the sole jurisdiction of the National Assembly. This leads me to wonder. Dear Senators, let us not allow our political differences to desecrate the Senate,” Kajwang said.

Last week, the two bill meant to amend the elections Act of 2011, Elections offenses Act and the IEBC Act was tabled and approved for publishing by MPs allied to the Jubilee party in both houses.

NASA affiliated MPs, however, opposed the Bills and stormed out of parliament, arguing the the Bills were tabled by Jubilee in bad faith.

Among the changes proposed in the Bill include the provision of manual results transmission, reduction of powers held by electoral commission chairman and tough penalties on IEBC officers who neglect their duty.

please sounds like blind sheep leading another one. Where is your campaign for votes? What is your agenda?? STOP all this nonsense complaining and bargaining about everything. mara demonstrations, mara threats, mara everyone has issues...What happened to the 60 million shillings you all received from MPESA in the name of "it will help with campaign?" Bure kabisa... Raila you may want to visit your dads grave and I am sure he is proud of you. While there make a visit to your sacrificial sons grave Fidel. You have done your best but its time to let go. Kenya does not belong to you greedy old man. You have nothing for an agenda but invoking violence. Retire MZEE we have young leaders that can take the leadership role.