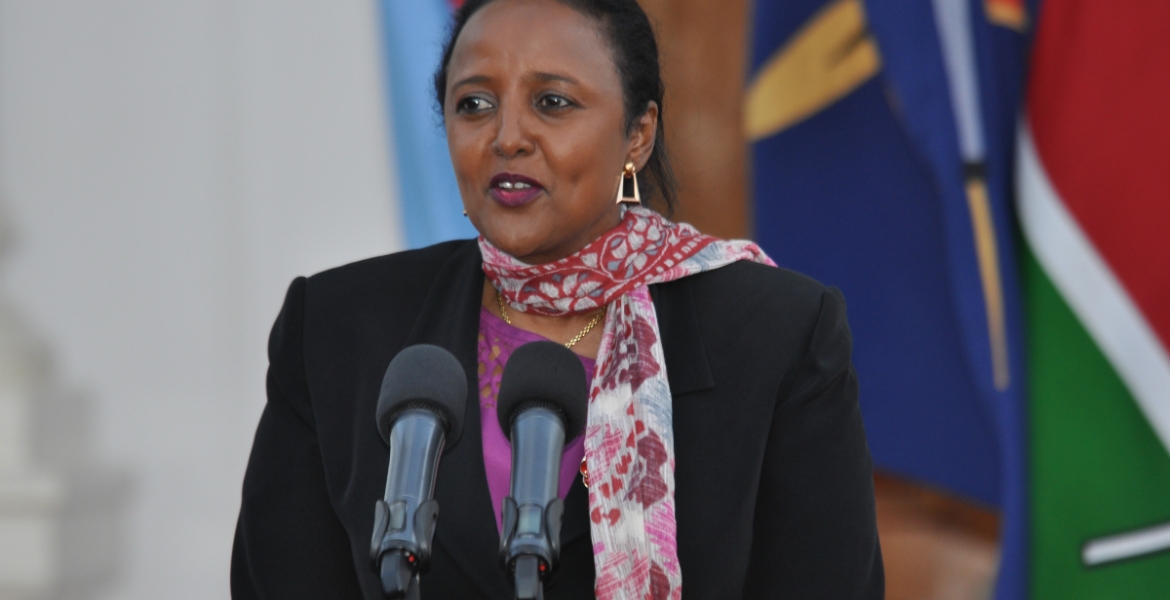 The government has suspended operations of an international Non-Governmental Organisation that is facing accusations of Judiciary capture.

“The Government of the Republic of Kenya and IDLO negotiated and signed a host country agreement on December 31, 2016, to establish an IDLO office in Kenya. This is to convey to you the decision of the government to suspend the host country agreement with immediate effect until further notice,” read the letter to IDLO Director-General Irene Khan and copied to Attorney-General Githu Muigai and Director of Immigration Gordon Kihalangwa.

The government is also understood to be lobbying 14 other countries where IDLO operate in, to cut links.

Ms Mohamed is said to have informed Egyptian authorities about the workings of IDLO during her tour to the country on Wednesday.

Egypt’s Foreign Affairs Minister Sameh Shoukry in a statement said a meeting for the 14 countries will be held so “Kenya can provide all the information they have on the organisation”.

Judiciary Chief Registrar Anne Amadi in the past dismissed claims that the NGO had exerted undue pressure on the judiciary.

“They are just donors, they fund Judiciary and everybody else, and there is nothing wrong with that. It is ridiculous to claim that judges are influenced by the donors,” she said.

President Uhuru's Jubilee party alleged that IDLO bankrolled researchers who work for judges and are, therefore, influenced the outcome of certain ruling including the recent nullification of President Uhuru's victory.

When you donate funds as the agency claims, of course you put strings attached to the conditions for funding. The agency should go back from wherever they came from. They must be aligned to the so called Evil Society

Thank you best foreign secretary ever Ms.Amina Mohammed.When Kalonzo was foreign Minister the best he could do was hop from one country to the next shopping,eating hamburgers without results. Now he wants to be VP. Bure kabisa.

Grasping at straws up to now Uhuru cannot fathom that a member of the Judiciary annulled the election results.Maraga did not bat an eyelid and will not be cowed down.A righteous and god fearing person is not easily intimidated or bribed.This is but one of the NGO funding judicial research there are others The struggle continues.

What does a "righteous and god fearing" got to do with law. The man is incompetent when expected to interpret the Constitution. He should NOT make his own laws but rather interpret the law. He's drunk with power, perhaps you should pray for him to see the light.