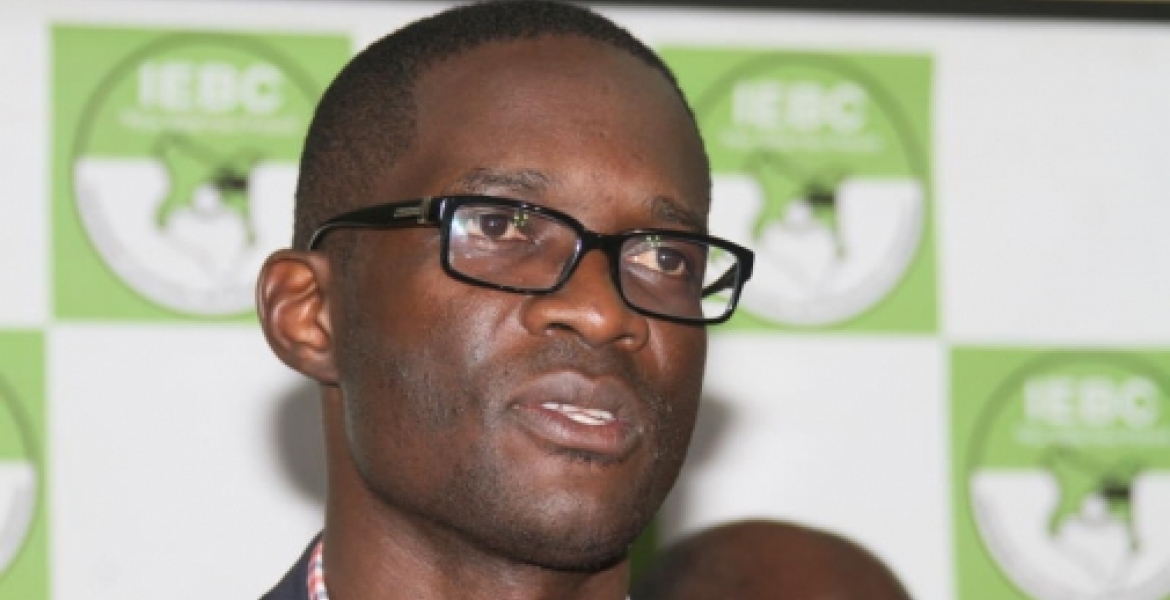 "Experts have indicated that we only need Sh800 million to have a repeat of the exercise. President Uhuru Kenyatta and a few IEBC officials are going to be the beneficiaries of the extra amount," he said on Saturday.

"Chiloba signed a fresh deal with OT Morpho for the supply of technology for the fresh poll...we are ready for elections but he has to leave IEBC," Mudavadi Said.

Speaking at a burial in Serem, Vihiga county on Saturday, the two leaders said that Chiloba signed a Sh2.4 billion deal with the French company, Sh800 million more than the amount agreed by a committee of the commission.

Mudavadi said that Nasa would not allow some electoral commission officials to squander taxpayer's money, while they watch.

"We will not accept that IEBC squander tax payers money without justifications. The wastage is one of the reasons we cannot allow these officials to stay at the commission."

In a statement to the press, the Nasa principal demanded that electoral commission and OT-Morpho explain how they arrived at the figure.

He accused Chiloba and the French company of planning another expensive fraud before they addressed the irregularities and illegalities in the August 8th vote.

"Furthermore, we are aware the awarded sum is way above the Sh800 million that the IEBC technical committee recommended," he said.

"Kenyans should be excused if they were to conclude that the offensive amounts are being paid as a bribe to OT-Morpho for a shady job of using technology to tilt elections in favour of Jubilee in the same way it did last month."

Nasa said it has possession of "concrete evidence" to implicate Safran OT Morpho in the rigging of last month's elections.

Raila Odinga wrote to the French government seeking to have OT-Morpho probed for allegedly manipulating results of the August 8th poll.

Nasa has also demanded that Chiloba and 11 other IEBC officials vacate office before the repeat election is held.

Continue doing your work. This people are distractions of National unity. For every time they want to invoke violence they all rush to kibera and other Slums. Look at Awino getting off jail first STOP is kibera. Raila same thing. Compare with Jubilee they are everywhere. kakamega, Siaya you name it. NASA if you do not want elections please withdraw from your political nonsense. Its already painful to imagine the costs for the 2 elections. RAILA et al., you are now desperate and kicking your last kicks. You have accused everyone of being involved with rigging. Tumechoka. Go to bondo and seek position and provide leadership down there you DID NOT HELP KIBERA WITH ANYTHING OTHER THAN WANTING YOUR SISTER TO BE ELECTED AS MP WHEN YOU got your NUSU MKATE from KIBAKI. JUST RETIRE and spend sometime with your wife

Mkono mfefu. You have NO idea that what Chiloba is doing is Corruption; and corruption that will Reward You Nothing and instead Cost Taxpayers their money. Wake up from you Tribal Slumber!!!

Whose MULE is this Chiloba, if the repeat election is to have any credibility, the MULE should be reassigned new duties.

What happened to he must go? The irreducible minimum are slowly tending to zero.

He should RESIGN or get Fired. Reassignment would be Too Lenient.

Why do we have to do all the work for Mr RAO. Can't he do his own math and determine that 800m is only enough for staff payment over the 40,000 poll stations. What about the ballots, security, transportation, etc. Baba wacha ufala and use your bongo before you open your big, loud mouth.

Who are these faceless experts(or expats) who always come in handy to validate Rao's positions? They say there are "Lies, damned lies, and statistics", In the case at hand, I guess, there are "Lies, damned lies, statistics (of y=..timesPlus..) and expert liars" Be cautious of those that are overzealous about every noble causes; always eager to be on the "right" side of history. For it often turns out to be a super-hero soap opera!

Chiloba, kula hiyo pesa its called, "damages to your CV" you did free and fair elections now they want you to repeat again so charge them good, they ruined your cv.