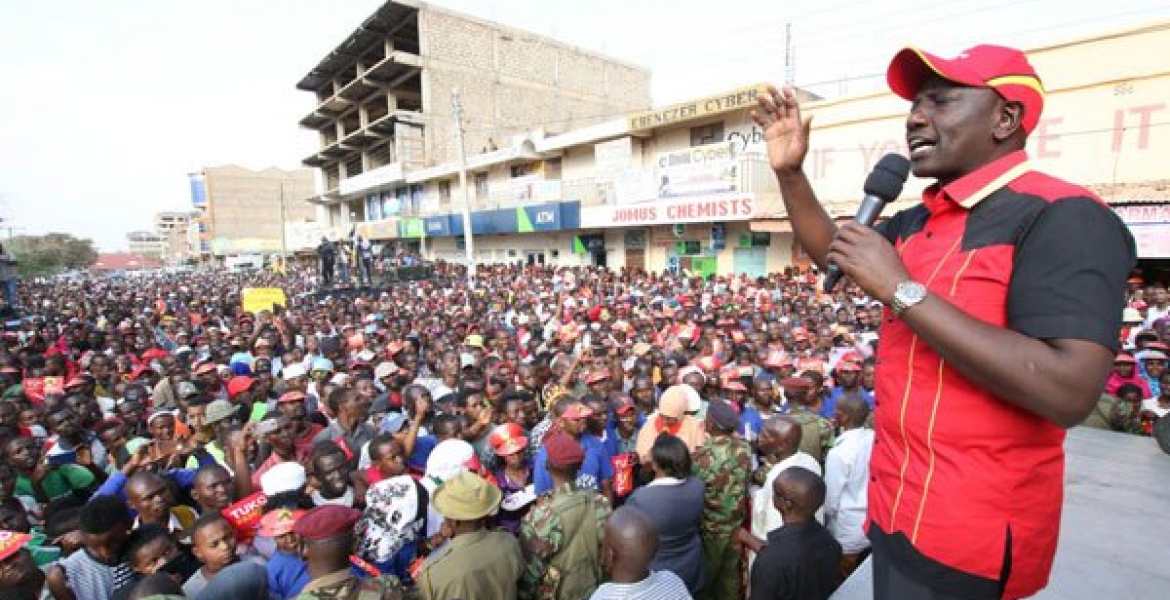 Ruto reiterated that Uhuru would defeat the former Prime Minister with an even bigger margin in the fresh presidential election hence the NASA leader’s panic.

Speaking while on a campaign trail in Bungoma County on Thursday, Ruto said Raila lost in the August polls but was yet to come to terms with the reality and is now blaming electoral officials and every company or organization that played part in the August polls.

“There is no way Raila can defeat Uhuru. He did not contest the votes because he knew he was defeated,” said Ruto.

“They claimed certain forms were inaccurate. They changed their script to election officials and now they are claiming mobile phone service providers are to blame.”

“We appreciate the votes we got from this county. We got over 125,000 votes and we are here again seeking your support to double the number. Raila lost the election and now he is fearing another loss.”

Tell them Ruto. Tell this baba the truth.h