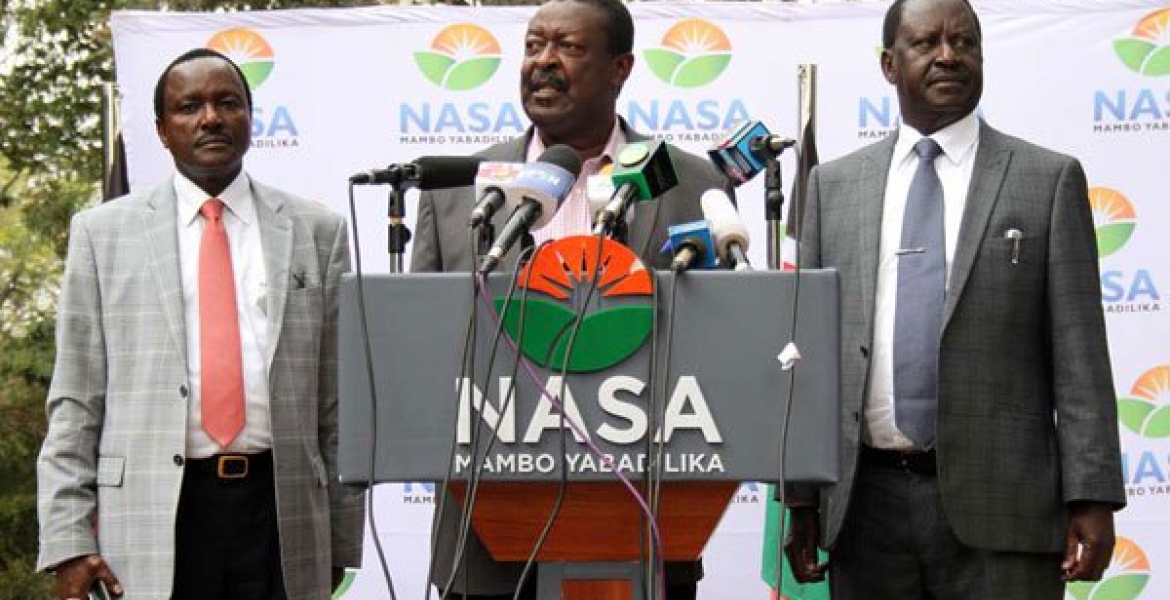 National Super Alliance (NASA) has backtracked its earlier position on the place of international election observers in Kenya.

The Raila-led coalition has now welcomed international observers to monitor the October 17th repeat presidential election after softening its earlier stand that the observers validated a fraud election.

NASA head of presidential campaigns Musalia Mudavadi said that the coalition changed its mind over poll monitors after realising that they play crucial role in ensuring the credibility of elections.

“We have today met observers from the European Union (EU) and African Judges Jurist Forum Secretariat led by former Tanzania Chief Justice Chande Othman. We are happy with their input,” said Musalia Mudavadi at Capitol Hill.

Speaking in a press briefing accompanied by NASA presidential candidate Raila Odinga and his running mate, Kalonzo Musyoka, Mudavadi said their meeting with the international monitors, ironed out their differences.

“Despite our earlier criticism of international observers, we still need their input in elections.

“We have taken cognisance of their recommendations to the Independent Electoral and Boundaries Commission. We are not against them,” said Mudavadi.

After the declaration of President Uhuru Kenyatta as the winner of August 8th election, Nasa expressed displeasure with some international election observers who gave the the August 8th polls a clean bill of health, by declaring they were were credible, free, and fair.

Nasa accused the monitors of being ill-informed about Kenya’s voting system, saying they only concentrated on the voting but gave a blackout to the transmission of results.

Some observers, led by US Carter Centre and former US Secretary of State John Kerry, have since regretted their initial statements they had made on the August 8th elections following Supreme Court's decision to nullify the poll.

Their work is to observe and provide an objective opinion which should also be subject to criticism and vetting and not taken as the gospel truth.