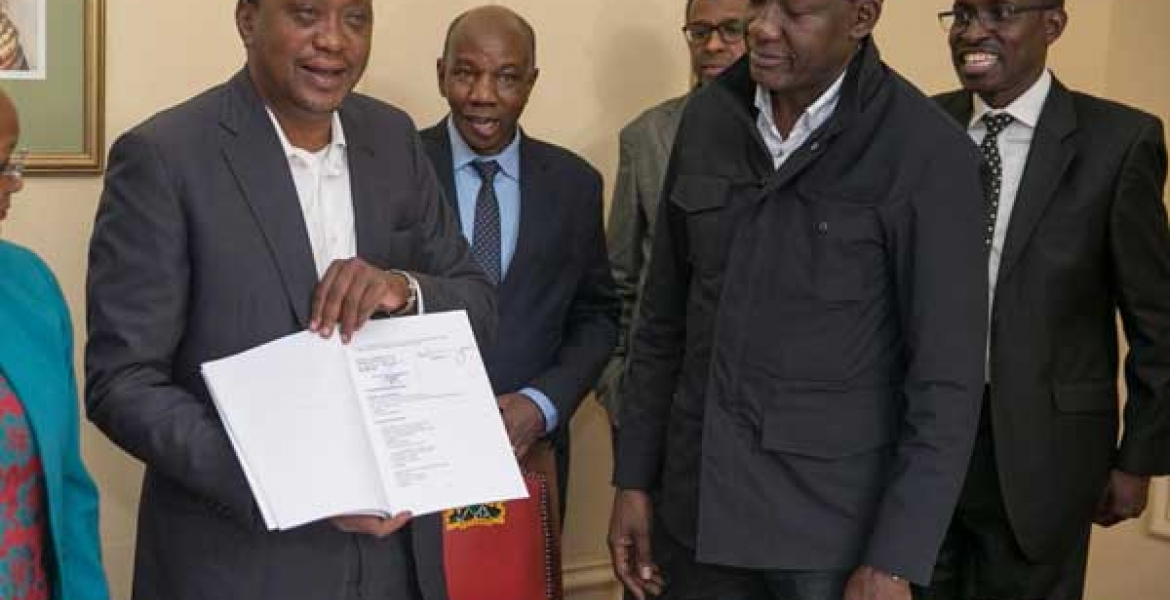 Uhuru in a statement on his Facebook page said he was ready to file the response, two days after Raila's lawyers served the President with the petition.

"We are now ready to file our response," a message posted on President Kenyatta's Facebook account read, accompanied by photos of him signing his defence.

In the petition, Raila listed President Kenyatta, Independent Electoral and Boundaries Commission (IEBC) and its chairman Wafula Chebukati as respondents.

Parties in the case are expected to make interlocutory applications on Friday Morning, while the pre-trial conference will be held on Saturday.