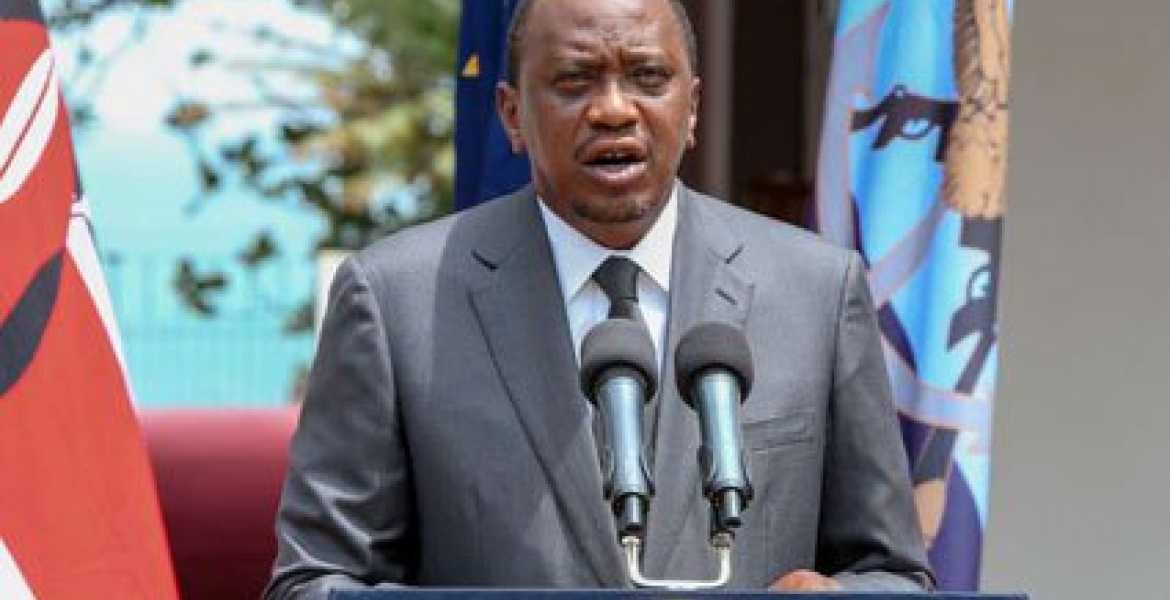 President Kenyatta has asked National Super Alliance (NASA) leader Raila Odinga to accept the verdict that will be delivered by the Supreme Court in the petition the Nasa leader has filed challenging his re-election.

Speaking on Thursday, the Head of State said that the former Prime Minister should accept the verdict even if ruled against his favor, promising that he will also do the same.

Uhuru said he would respect the ruling by the highest court in the land to help the country move forward.

“Let me rush to the office and sign my affidavits so that I can submit them by the end of the day,” he said in a meeting with heads of Catholic schools at Catholic University of Eastern Africa in Nairobi.

This comes days after the opposition chief said that he will likely to call for mass action should the court ruling be unfavorable to them.

Raila Odingaa and his team have insisted that they won the August 8th General Election, but figures in Independent Electoral and Boundaries Commission (IEBC) servers were manipulated to steal his victory.

President Uhuru was declared the winner by the electoral commission, but Raila has filed a petition at the Supreme Court seeking to overturn Uhuru's reelection.

I dint know it's so easy for people to be diceaved. How do you believe RAO won the election?

Uhuru has the keys to statehouse and he lives there ... does anyone think that a jugde in his right mind will ask uhuru to move out .. ati raila to move in ... i think these nasa pple are real morons .. 2013 you had a better chance when Mutunga had the statehouse keys .. and had to make a decision on who would live there ... anyone expecting ati a judge to tell uhuru to move out for raila to move in is a real moron ... but been that moron is a constitutional right as well ... swearing in of uhuru is right on track.