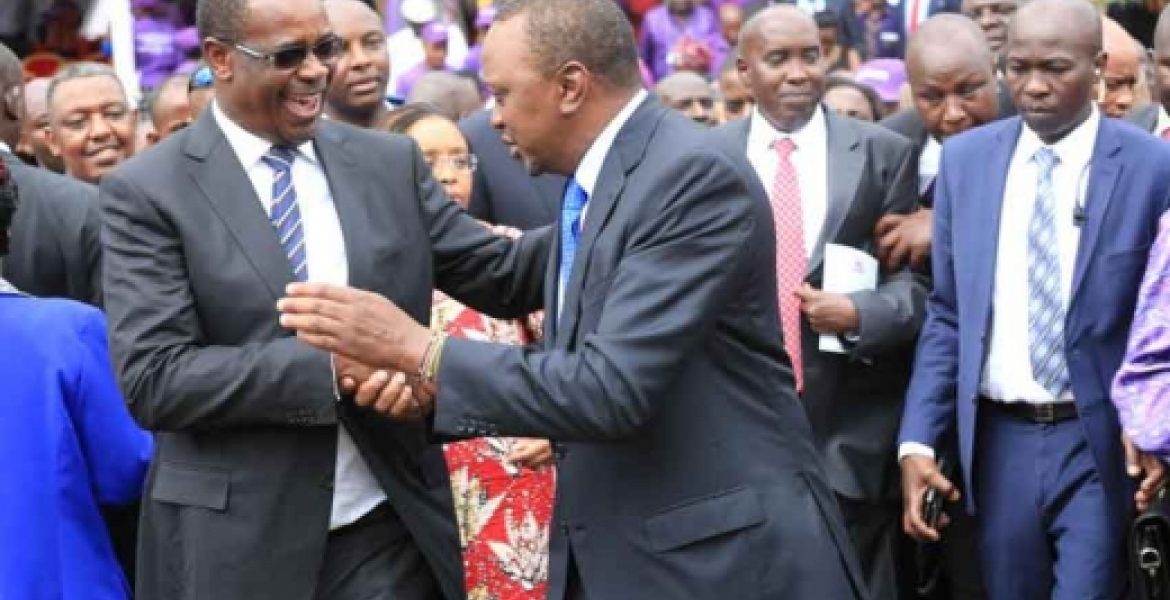 President Uhuru Kenyatta has commended former Governor of Nairobi Dr Evans Kidero for his decision to hand over power smoothly.

Against expectations, Kidero and his deputy Jonathan Mweke attended the swearing in ceremony of Mike Mbuvi Sonko as the new governor and handed over power to Sonko, a move President Uhuru termed as patriotic.

Kenyatta congratulated Sonko on his election and pledged to work with him to bring change to the city.

“You've had immense faith in me from the time you elected me as the MP for Makadara and later as your senator. I have never and will never take the confidence you've had in me for granted. On many occasions I have gone beyond the call of duty to serve and there will be no exception going forward,” Mike Sonko said in his inauguration speech.

"I have never made a promise that I never kept and this day I want to give you an assurance that Nairobi will never be the same again, I shall work round the clock to deliver,” Governor Sonko said in his speech.

Kidero congratulated Sonko for his election victory and wished him great success ahead.

“ I promised a smooth transition and I have no problem referring to Mike Sonko as my Governor … Me and you pushed and tried to prove our worth to the people of Nairobi… I urge you to continue with the projects we started,” Kidero said.

Dr Evans Kidero is smart and knows you never burn the bridges.

Right No Matusi.why burn the bridge when you may need to cross back.

Goodluck as long as you do not over promise and then under deliver.Daily trash collection in EVERY homestead in Nairobi is over reaching lets be realistic

I am actually impressed that most of the Governors who lost regardless of which party they belonged to are graciously handing over to their competitors. Kabogo (Kiambu), and Isaac Ruto (Bomet) are good examples since I expected the two to cause mayhem. Julius Malombe (Kitui) on the hand is a disgrace. Why would he not at least show respect and hand over power to one of the three first female governors in the country? We would have respected him for doing that. By skipping, he is demonstrating what a knucklehead he is since not officially hand over the instruments of power does not make him remain a governor. Such people should understand that elective positions do not inherently belong to their families. He can officially hand over and go to court if he has grievances. Why don't they ever learn from the west - at least the 1st world democracies?