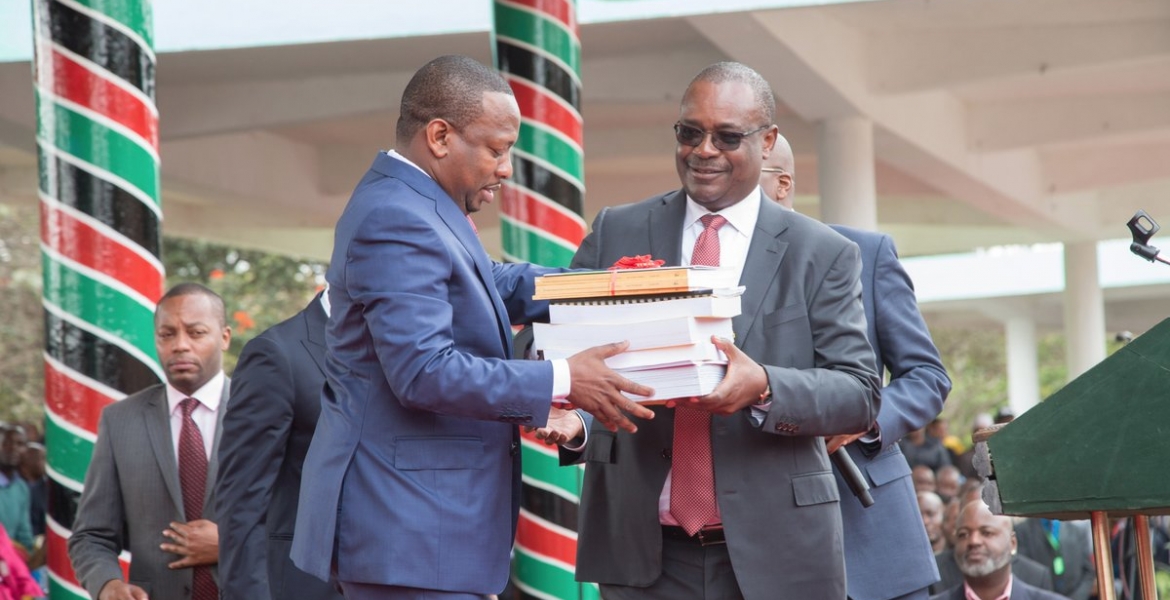 Mike Sonko and Polycarp Igathe were on Monday sworn in as new Governor and Deputy Governor of Nairobi County, taking over from Evans Kidero and Jonathan Mweke in a ceremony attended by President Uhuru Kenyatta and Deputy President William Ruto.

Speaking during the event held at Uhuru Park grounds in Nairobi, Sonko promised to reciprocate the faith Nairobi residents bestowed on him by delivering the best services.

“You've had immense faith in me from the time you elected me as the MP for Makadara and later as your senator. I have never and will never take the confidence you've had in me for granted. On many occasions I have gone beyond the call of duty to serve and there will be no exception going forward,” said Sonko in his inauguration speech.

"I have never made a promise that I never kept and this day I want to give you an assurance that Nairobi will never be the same again, I shall work round the clock to deliver,” Governor Sonko said in his speech.

“This auspicious event marks the end of the cartel that has held the people of Nairobi hostage for long…there shall be enough water in the city, no garbage as we have already demonstrated in the ongoing ‘Operation Ng’arisha Jiji. ”

Outgoing Governor Evans Kidero and his deputy attended the function and handed over power to his successor. He congratulated Sonko for his election victory and wished him great success ahead. “ I promised a smooth transition and I have no problem referring to Mike Sonko as my Governor … Me and you pushed and tried to prove our worth to the people of Nairobi… I urge you to continue with the projects we started,” Mr Kidero said.

Speaking at the ceremony, President Uhuru Kenyatta called on Kenyans to maintain peace and live harmoniously with each other. He also promised support for Sonko and his new team.