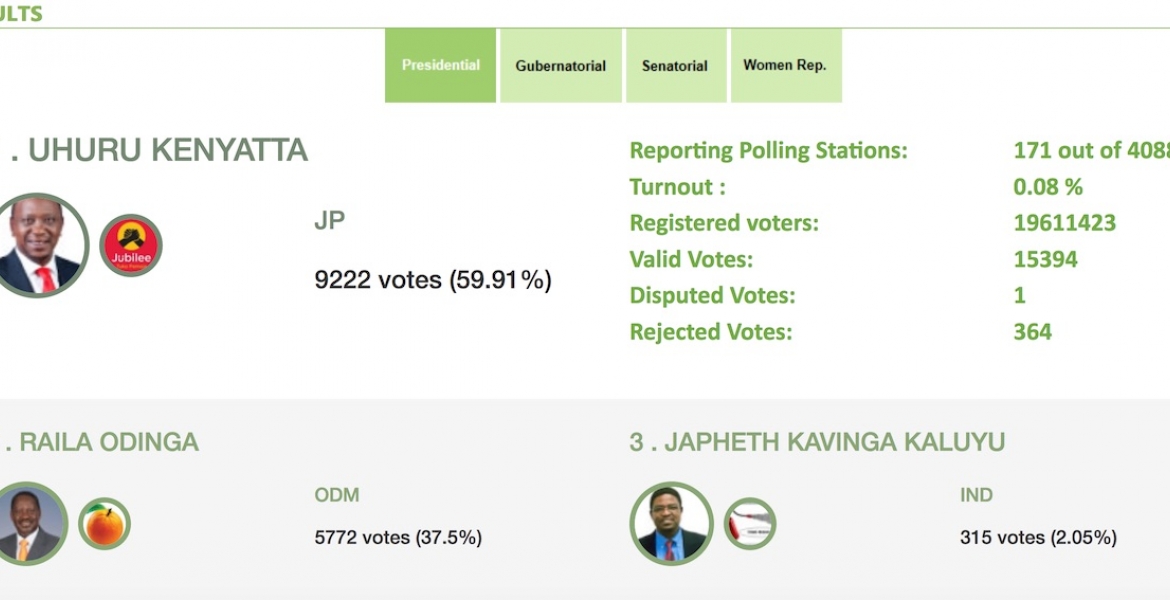 Results of the 2017 Kenya general elections have started trickling in, moments after most polling stations across the country closed.

Most polling stations closed at 5pm on Tuesday, but the Independent Electoral and Boundaries Commission (IEBC) announced that everyone in the queue by 5pm would be allowed to vote. Polling stations that opened late would also remain open a little late.

Let peace, love and unity abide all Kenyan at this time of voting and welcome the will of great Kenyans. Our thoughts, prayers are together.

Eh that is a bit too early to even have this on your web page. Those are like polling stations with less than 1000 voters.

Correct; even if it was Raila leading instead of Uhuru.

Correct; even if it was Raila leading instead of Uhuru.

I totally agree with you. Tano tena is leading.

Let see what baba nusu mkate decides to do

Mr Guest ... thanks for been Uhuru's biggest supporter on this forum ... your hatred motivated many to get out and vote ... kazi iendelee ... tano tena

Praying for peace. We need to all work together. Kenya is a beautiful country and we can make it even greater if we all just work together.
HARAMBEE!!