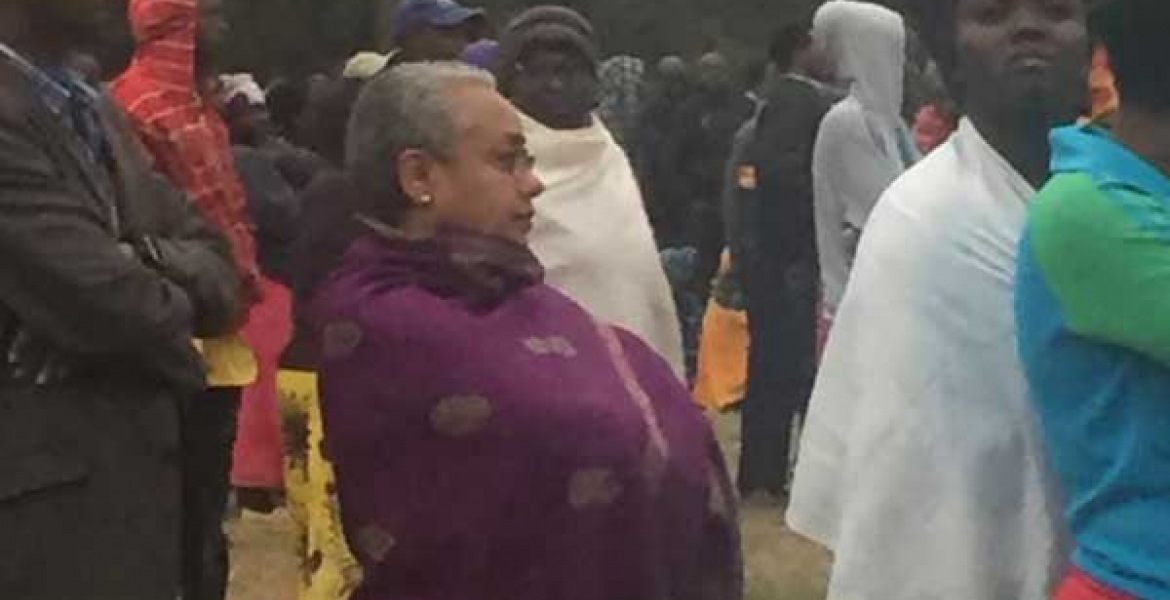 First Lady Margaret Kenyatta was among voters who braved chilly weather and drizzles waiting in line for several hours for polls to open at St Mary School polling center in Lavington, Nairobi on Tuesday morning.

The first lady is said to have arrived at the polling station around 5:45am and voted shortly before 10am.

She later joined her husband, President Uhuru Kenyatta at Mutomo Primary School in Gatundu South constituency where he voted.

Bull! and Cheap Attention. Why didn't she Accompany her Husband to Vote. Hi ndyo SHIDA ya ku-Reconcile na Bibi for Political Manouvers.

Leave first lady alone, kura yake haki yake, whichever style she decided to vote. That is just a cheap shot even for you!

Boss just buy a rope to hang yourself or move to migingo island .. i just cast my vote and pushed the dagger deep into the heart of that infidel and retired him for good ... kazi iendelee

Ata hanunui.I bought him a 20'long nylon/plastic rope two months ago.I am just waiting for his street address to ship it with FEDEX.

Chief, you will cry in the toilet after all the insults you have hurled at people here at Mwakilishi. The First Lady, FYI (I will explain it to you like the simple mind that you are) was registered in Nairobi while her husband was registered in Gatundu. Now you know.

I have not commented on this election so far at all, but @ Guest? really! You sound sooo absurd constantly showing your bias against anything UK and trying to shore up RAO at every writing opportunity...It is not necessary. You can show support for your candidate without sounding ridiculous, you know.