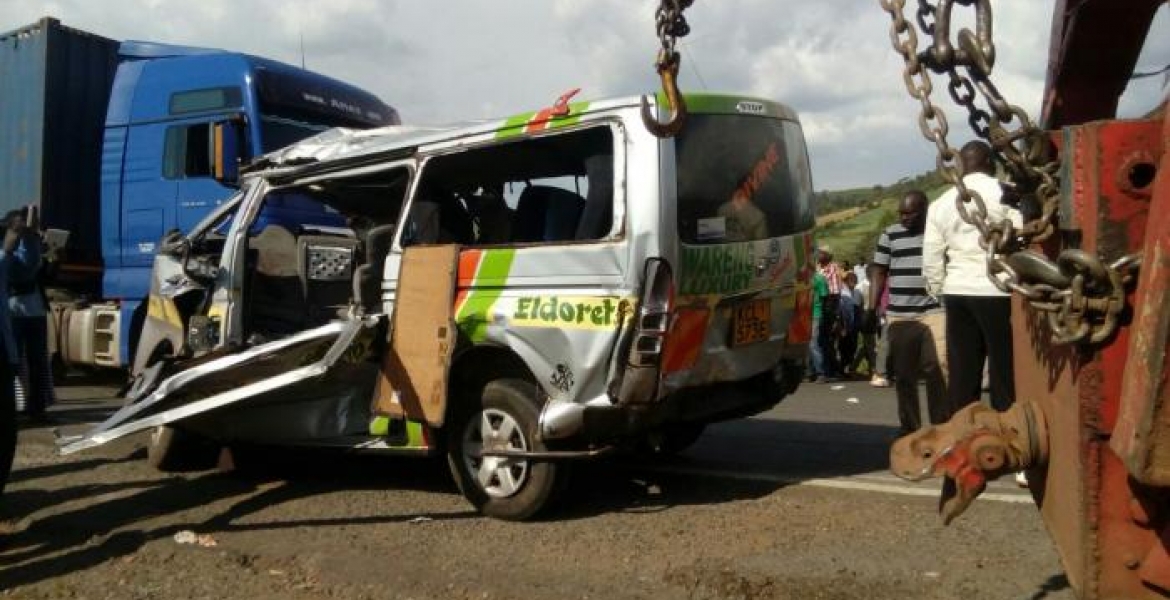 Nine people lost their lives while five others were left seriously injured in an grisly road crash that occurred on Sunday after a lorry collided with a public service vehicle at Kipsitet area in Kericho County.

The collision happened after a Kisumu-bound truck lost control and veered-off its lane at collided with a 14-seater matatu killing nine people on the spot.

Kericho County Commander James Mugera, while confirming the incident, said that the bodies of the victims were taken to Kericho District Hospital Mortuary, with the injured being rushed to Kericho Referral Hospital for treatment.