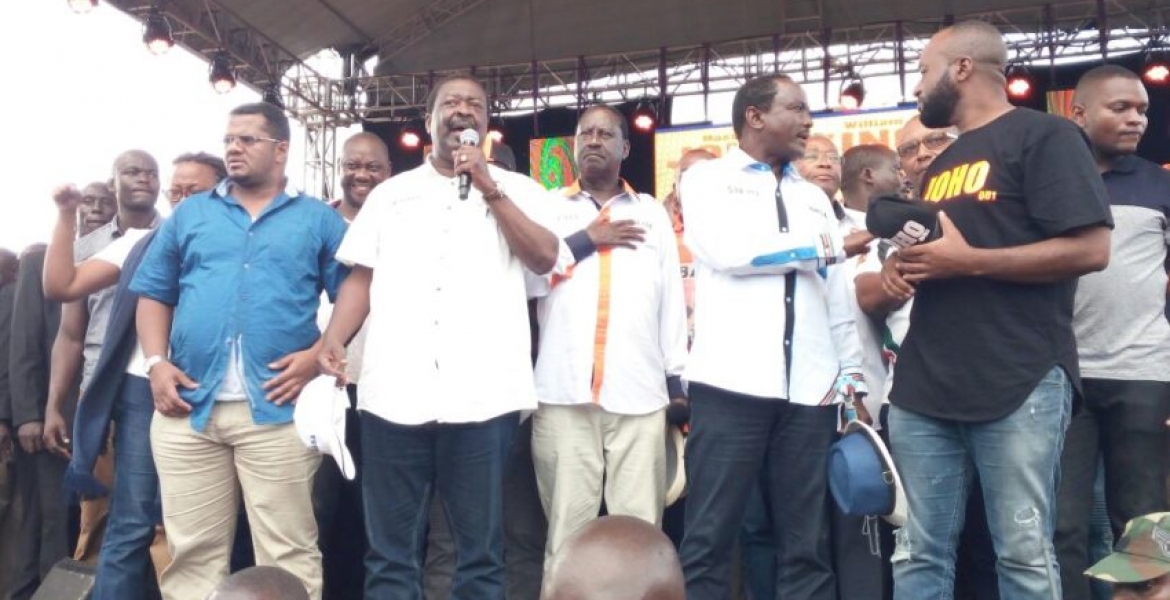 Chaos erupted at a National Super Alliance's (NASA) final rally at Mama Ngina Drive in Mombasa on Friday after supporters of Mombasa Governor, Ali Hassan Joho of the Orange Democratic Movement (ODM), and those of Senator Hassan Omar of Wiper clashed.

Things turned ugly after supporters of Joho blocked those of Hassan Omar, who is seeking to oust Joho from the coastal city's gubernatorial seat on a Wiper ticket, from accessing the venue of the rally.

Police and party leaders intervened to calm down the clashing factions and get Hassan Omar to the dias, but
Joho’s supporters resisted the move chanting pro-Joho slogans every time speakers at the rally took to the podium to address them.

Omar has been on the record accusing Mombasa Governor of mismanaging the county, abuse of office and misappropriation of county resources. On the other hand, Joho has described Omar as a power-hungry leader who is a Jubilee 'mole' in Nasa.

A recent opinion poll by TIFA showed that Joho has a commanding lead of 63.2 per cent approval rating followed by Jubilee candidate, Suleiman Shahbal, with 15.3 per cent while Hassan Omar is third with 6% approval.

Joho has earned a name in the national politics for confronting Jubilee Party and has his war of words with both President Uhuru Kenyatta and Deputy President William Ruto.