IEBC Assures that Servers and Networks are Safe 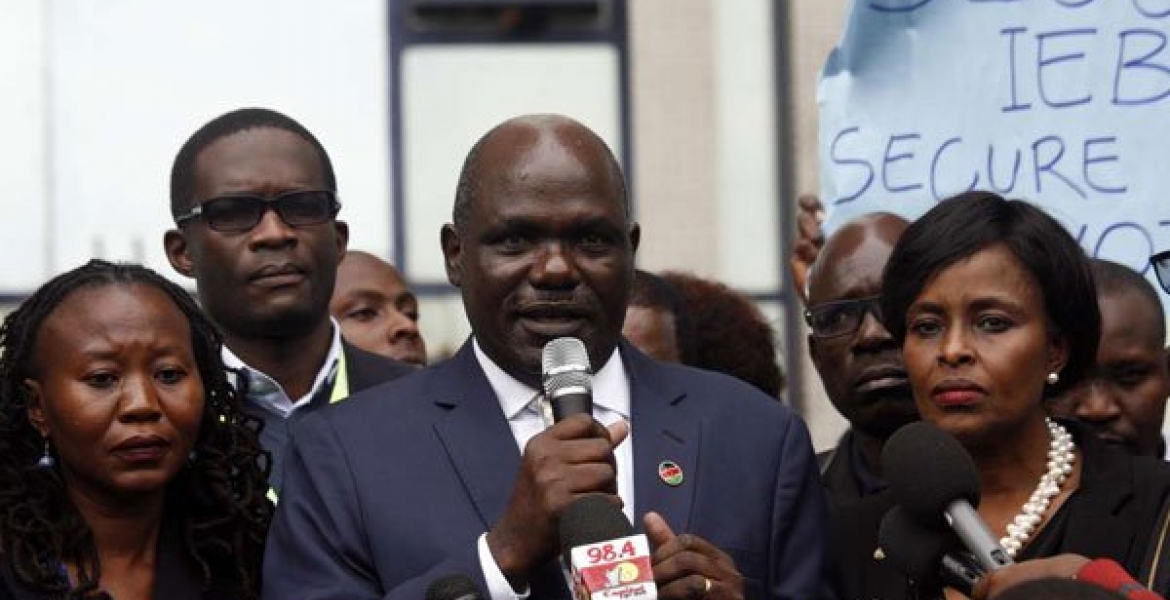 The Independent Electoral and Boundaries Commission (IEBC) has made an assurance to Kenyans that the Commission’s election systems and servers are safe and secure and will deliver results as expected.

Addressing the media at IEBC Anniversary Towers’ offices this week, IEBC chairman Wafula Chebukati assured that service providers are handling technical work and the murder of ICT director Chris Msando will not stop the commission from delivering their mandate.

“Our servers, networks and systems are secure. We have service providers and come the day of election, we are going to deliver the results as expected,” said Chebukati.

Chebukati rubbished speculation that Msando had the monopoly of accessing codes or password to the Independent Electoral and Boundaries Commission's (IEBC) information, communication and technology (ICT) system, saying that the ICT sector is not a one man show, but a team of experts working together.

Chebukati said that no staff at the commission had any password yet and assured that whoever tortured Msando found nothing useful.

IEBC executive officer Ezra Chiloba echoed Chebukati’s sentiments describing the rumors as "false and propaganda", adding that plans were underway to have all IEBC officials provided with security.

“In the course of his duty, Msando left behind a team that is going to carry on with the work. I want to assure Kenyans that there is no cause for concern as the team left behind will do the work," Chebukati said.

“We are not thinking about replacements, we are thinking about elections. It is a more complex system and it is not compromised. It is not about access codes, it is about very many things working together,” Chiloba said.

Chiloba added: “We are 800 of us and we must ensure that we have security for every officer as we go to elections and it is going to be critical that one week before and after elections all our critical staff are well covered when it comes to security.”