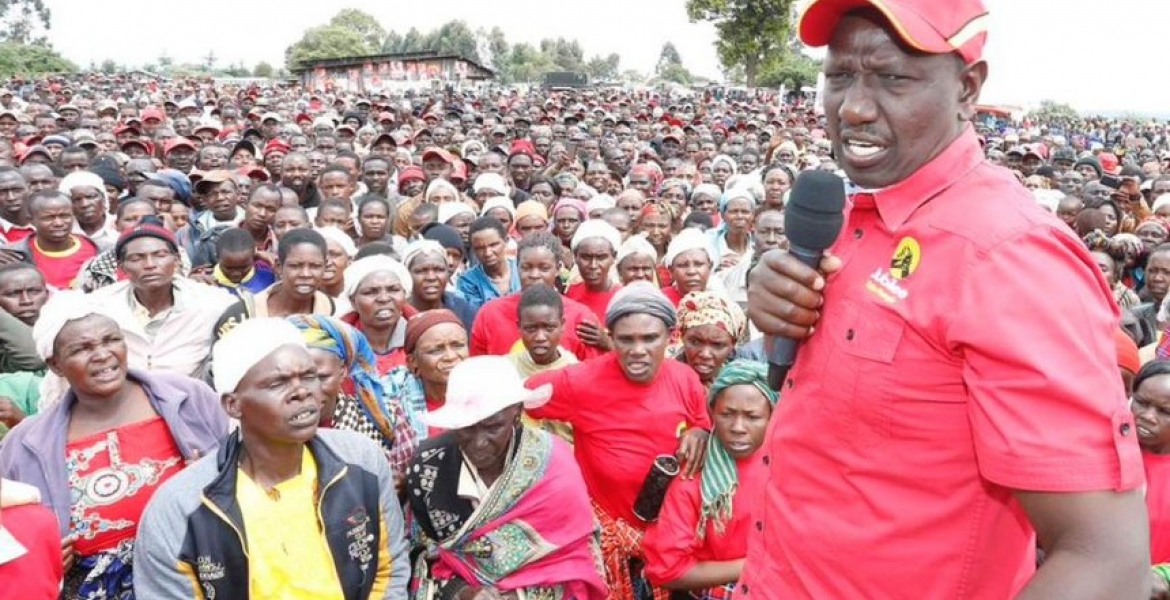 Deputy President William Ruto says that National Super Alliance (NASA) presidential candidate Raila Odinga does not have the interests of Kenyans at heart and should be rejected on the ballot.

Speaking during a campaign tour to Kuresoi,Nakuru County, Ruto told residents that Raila was the "community's oppressor and should not get a single vote" from the region.

Ruto said that residents who are now IDPs in the region were kicked out of Mau Forest in 2009 by Raila Odinga, who was then Prime Minister. "Raila said he will send you back to where you came from yet you still want to vote for him," he said at Kapkembu in Kuresoi South constituency, Nakuru on Monday.

The Deputy President further called on residents to reject Bomet Governor Isaac Rutto, "who appears to have been bewitched by Raila". "I have talked to this adamant Rutto but it seems Raila has bewitched him. Let him head to oblivion alone., he said.

"We cannot continue with people who entertain witchcraft. Vote for Joseph Tonui who is ready to serve you better," Ruto said.