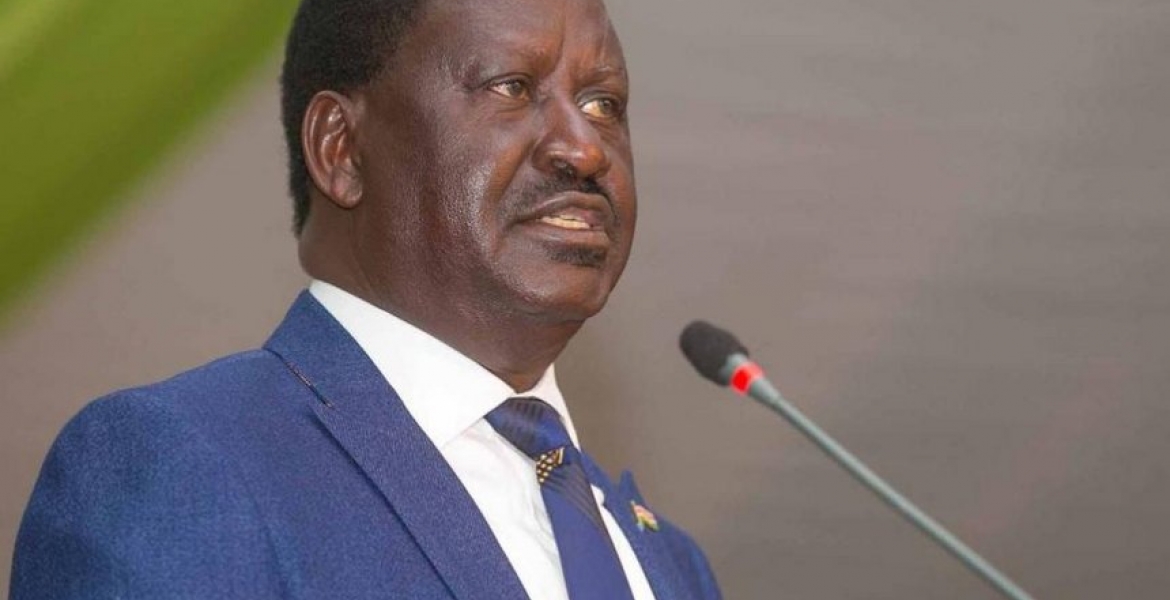 The former Prime Minister said that his late son, Fidel Odinga’s name was still in the voters’ register, even after an audit by KPMG to identify and expunge dead persons from the list.

A total of 88,602 dead persons were removed from the register following the audit, bringing the total number of registered voters in the August 8 polls to 19,611,423.

In an interview with Radio Maisha on Tuesday, the Orange Democratic Movement (ODM) leader said that the opposition had no confidence that the Electoral Commission will hold a free, fair and credible election.

This translates to: "Our people are keenly monitoring what the IEBC is doing. The commission has the tough task of making sure the poll is smooth."

The Opposition chief further accused the government of declaring some areas in the country as violence hot spots to prevent Kenyans from voting.

"This is a trick to deploy many police officers so voters are scared...this was planned. I remember they went to Embakasi barracks to effect the plan to cause chaos."

Vampire Raila is fearing that Castro is campaigning against him(Raila) among the dead voters.Castro has not forgiven his father for sacrificing him to the gods to win the Homa Bay senatorial seat and for a meal.

This was a press conference, not interview. Note the reporter was not asking questions. I would have expected the reporter to follow up with a date on IEBC register that RaI'll was referencing.

IEBC: An extension of the Jubilee Alliance.