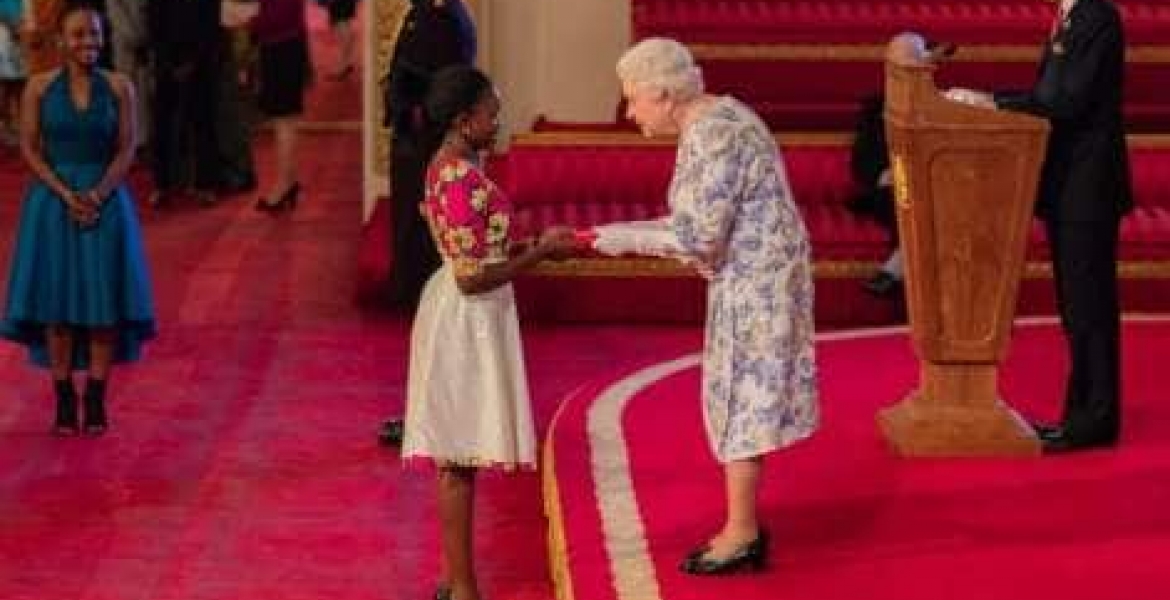 Three young Kenyans have had the privilege to be honored by Queen Elizabeth II of the United Kingdom for their immense contributions to the society.

The three received the 2017 Queen’s Young Leaders Award for transforming live in their communities.

27-year-old Chebet Lesan was feted for her efforts in finding an alternative source of energy to help conserve the environment. She founded Bright Green Renewable energy, a firm that makes use of paper and agricultural waste to make charcoal, after realizing how charcoal burning had depleted forests in Kenya.

Her idea was named one of the best approaches to conserving the environment, bagging the Mandela Washington Fellowship Award.

Another Kenyan, Domitila Chesang, 28, was recognized for her committed effort in fight against Female Genital Mutilation (FGM) and early marriages and she is credited for saving many young girls in West-Pokot County from the retrogressive practices and ensuring they go through school.

Towett Ngetich, 21 also received the award for being the brain behind uthabiti.org. Uthabiti is a healthcare mobile application that enables patients to link with certified medical consultants. The platform creates a one-stop shop where patients log into a mobile app and consult a registered and certified medical doctor.

The awards by the Queen recognizes and celebrates people aged between 18-29 years from Commonwealth nations who have made remarkable efforts in transforming and improving their communities.

60 inspirational young people are selected each year to receive the award.

Congratulations the these Kenyans who happens to be all Kalenjins; dominating athletics and now innovations. Impressive, you make Kenya proud.

If only our leaders were getting the same recognition internationally we would be triple happy. GG, I think you are stretching it a bit , or should Isay embellishing , when you compare these kalenjins achievement with those of their world beating sisters.Certainly I commend them for their achievements,and recognition.They earned them.

The three Kenyans have done a great job.But they it is not a privilege to be honored by Elizabeth.Why do Kenyans forget too soon.Elizabeth is worse than muuaji Raila.She presided over the butcher/massacre of more than 200000 Kenyans during the infamous STATE OF EMERGENCY-1952 to 1959.But like SAVAGE RAO,she was never taken to court.

@GG. There comes a time when we have to identify ourselves as Kenyans. This is the moment.

In Kenya, we have KENYANS and members of the slowly dying micro-nation's classifications. When a child is a product of two micro-nations, the true biological identification of the child is a KENYAN.

When it comes to international issues, we are all KENYANS. This is what the former president of the USA said when he visited Kenya in 2015. He identified himself as the first Kenyan - American president! He did not identify himself as a Luo-American president. As soon as we get rid of Uhuru and Ruto through peaceful elections, will will be able to identify ourselves as "The New Kenyans." These two people always think about Kenya in terms of Kalenjin/Gikuyu unity. Why? Just look at the appointments and where the appointed people are from! What a shame!

When Kalenjin runners ,run, or throw javelin, they are doing it for Kenya(ihope),and not for their "micro nation". The day I will hear them say that they are running for kalenjin, is the day, I will quit watching them.If TZ can get" rid "of tribalism so can we. I attended a Kenyan even where someone had a shirt with" Obama is a luo".To cite tribe to the exclusion of others when it is unwarranted-is just perpetuating division.Seeing the same shirt in alego,is not the same as seeing the same shirt in USA, in my opinion.I think this was humor gone too far...