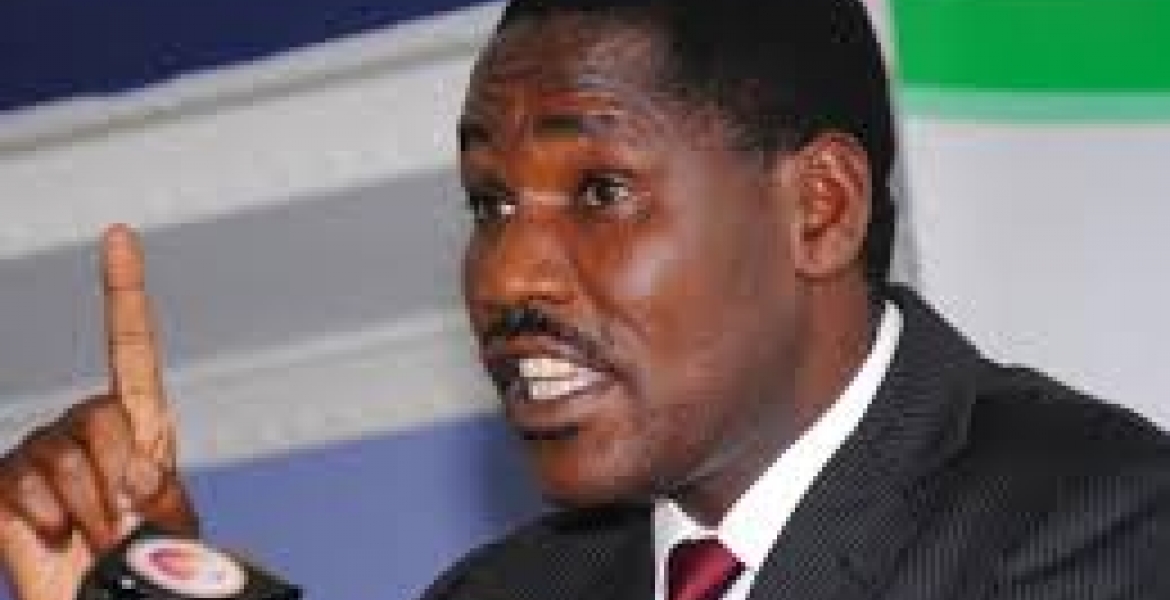 Meru Governor Peter Munya has threatened to withdraw his support for President Uhuru Kenyatta’s re-election over what he called persistent harassment by Jubilee government administrators.

Speaking while addressing a campaign rally at Githongo in Imenti Central, a seemingly angry Munya said that he was running out of patience in supporting the ruling party amid intimidation by the same government he is supporting.

This comes after police fired teargas canisters to disperse rowdy youths who were chanting anti-Munya slogan, just a day after a similar incident during the Ushirika Day celebrations at Mwichiune in Imenti South, graced by the Meru governor.

"Why have the security officers used teargas? That was aimed at frightening the crowd. I understand a chief organized a meeting yesterday to plan how my rally would be disrupted," an agitated Munya said.

“The provincial administration has an agenda against me. Let them be warned that they are playing around with the Meru votes. If they continue with this agenda, we can think otherwise. I am warning them if they continue using State functionaries to harass my supporters and disrupt my meetings, I will rethink my stand on this politics,” Munya said.

He added: “We are giving them a notice because enough is enough. I am tired of being followed by administrators and when my meetings are disrupted, no one is being arrested. I am increasingly getting tired. Let them not think they can shake me here in Meru. I am well grounded.”

Munya called on security officers to stop being partisan and urged them to desist from being used by politicians to undermine others.

“It is against the election rules for my opponents to come and set up banners with insults in my meeting. I am asking the IEBC to take charge and deal with those breaking the law for [for there to be] peaceful campaigns,” he said.

You cannot blame the people disrupting your meetings. The people responsible for this mess are Ruto and Uhuru. They did the same to NASA in Kapsabet. This is a clear message to all Kenyans that we are dealing with two irresponsible, insensitive, and ruthless Jubilee leaders. Take both at home come August 8, 2017.

After more than half a century in power, it is time to ask our Gikuyu and Kalenjin brothers and sisters to take a recess of the same amount of time that they have been in power. We are sick and tired of Kalenjin and Gikuyu imperialism to the rest of the people of Kenya.

This Idol following of an individual in Luo Politics is a problem.Kenyans are not prepared to invest all their politics in idol following of a war mongering, chaos causing and power hungry politician. I personally think that these idea of idol following of an individual come from the vestiges of communist politics in Luo political history.Also ideas about the lack of respect for land rights eg 1)Not respecting willing buyer willing seller concept 2)People talking about they will not pay rent if Raila is elected 3)Ideas about collectivization of land.These are very leftist ideas.They come from a communist political background. The end result of these communist ideas would be to make Kenyans Poorer.They would make Kenyans much much poorer.Just like Julius Nyerere made Tanzanians poorer and destroyed Tanzanians economy.Vote for Kenyan Capitalism.Vote for economic growth in Kenya.Vote for UhuRuto.

Please don't forget. When J.M. Kariuki pointed out to Kamau wa Ngengi in 1975 that " Kenya has 10 millionaires and ten million beggars. " He was immediately assassinated.

Fast forward 2017: Kenya has 40 billionaires and 44 million beggars. @Kim, over half a century of Gikuyu and Kalenjin in power is enough. We need change in Kenya. I don't mind an Ogiek president and a Masai vice president. Uhuru and Ruto (both billionaires) must vacate office come August 8, 2017.

Free Market, communism is the breeding ground of laziness and poverty. Shopkeepers during the Nyerere regime would tell you to go and buy whatever you want in the next store because they did not want to stand up and stretch their hands reaching out the stuff you want to buy. Expired Kamau encouraged corruption

Kusema ukweli JM grabbed land
as Jomo's private secretary before he joine politics.JM was a corrupt greedy pretender thug like muuaji Raila but he never killed.Another thing is that only fools think about tribes ruling.It is individual Gikuyus and a Tugen who have ruled Kenya not their tribes.At one time a PM(PRIME MURDERER) Raila came near the ruling office via 1300 deaths but mujinga only ATE MAIZE, SWALLOWED it with PETROL,GRABBED 500000 ACRES IN
LAMU,ATE KKV FUNDS and DEMANDED MOBILE TOILET and CARPERT.

Omera thumbs up.Jm was what you indicated but most pple don't know about he was corrupt too.98% of our politicians r thugs corrupt idiots devils??Thats why I always wonder where is this God of Jews who was brot to us by wazungus.How comes he doesn't punish them???How comes he didn't punish the western leaders who killed innocent pple in Syria,Libya,Iraq afganistan???He need to go back to our African roots n punish this idiots the way use to happen then.Bad pple use to b hanged to die to thrown out of the communities by bin disowned but we messed up following ''tis Jewish book.

The god that you are talking about is a "man-made god." This god is cruel, kills people in a flood, wants Abraham to slaughter his son to this "blood-thirsty god," directs Israelis to steal the land of Palestinians. Directs descendants of Europe to migrate and almost wipe out the indigenous people of Green land, Canada, USA, Mexico, Central and South America, all the Caribbean islands and Pacific, New Zealand, and Australia. And please don't forget Africa. This is the god that I have been making an effort to expose to the many brainwashed Africans with very minimum success! But I will NOT give up!