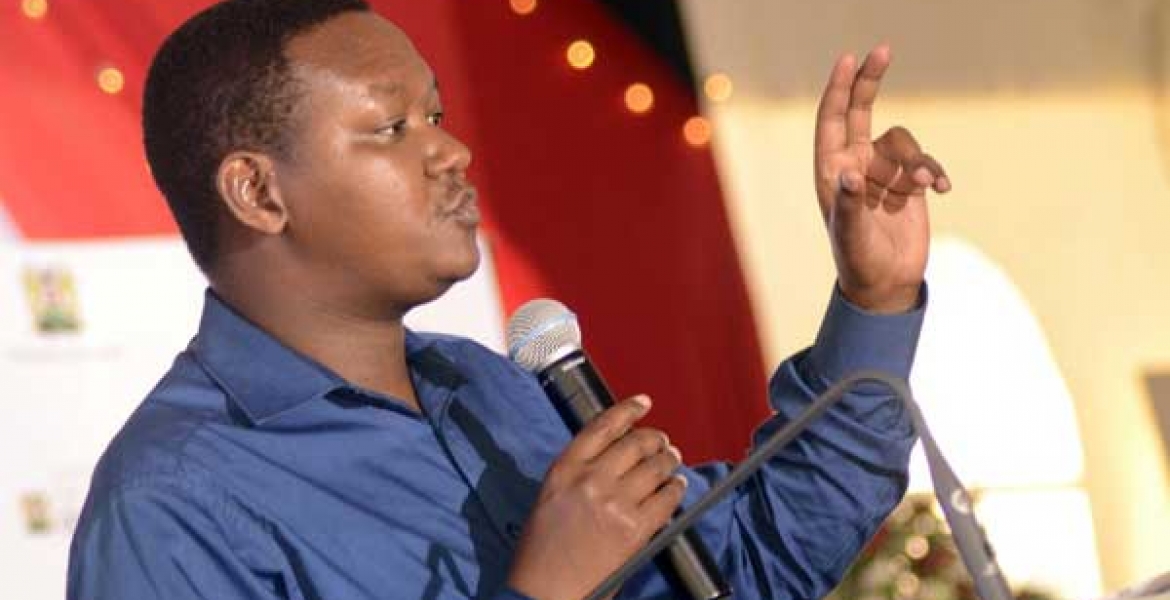 The Machakos County boss has written to Bensouda asking her to track and act on alleged utterances, writings and social media activities that the Wiper Democratic Movement candidate has been making, which could breed chaos and violence.

Mutua has alleged that the former Kathiani MP has been making statements calling for eviction of some communities from the county.

Mutua has further written to the chair of the National Cohesion & Integration Commission (NCIC) Francis Ole Kaparo and the IEBC Chairman Wafula Chebukati over the matter, which he says could lead to electoral violence.

"In the same vein, I would like to request Kaparo and Chebukati to join me in reassuring non-Machakos Kenyans working and residing in the county that the plan by Wavinya to evacuate them is not only unlawful but also it will not be tolerated at any time,”said Mutua.

"May they be from Makueni, Kitui or any part of Kenya. We must not allow these dangerous political games," added Mutua.

Mutua dismissed claims by Wavinya that there was a plot to raze documents and buildings in the County Government of Machakos in order to cover up criminal investigations, adding that he was the only governor who has invited the anti-graft body to scrutinize his administration. "othing can be more derisive, absurd and farfetched as this claim" said Mutua in a statement issued to journalists in Machakos by his Press Secretary Mutinda Mwanzia.

In regard to integrity, I am the only governor to have invited the EACC to assist in establishing an ethical governance system in the County of Machakos, said Mutua. "This is part of her scheme to justify the contents of the malicious letter so as to gain political mileage. This will be plain terrorism," he added.

@Mutua. First of all demand that Fatou Bensouda arrest the 2007 criminals responsible for the 1,000 lives lost before you ask her to follow Wavinya.

OMERA. You sound like Your former High School was one of those that Had Exam Leakage that helped you to Pass Form Four. There is no way passed the exam with Exam Leakage.

I was muuaji Raila's classmate in Halle village polytechnic,East Germany from 1969-1971.

She didn't even Convict either of UhuRuto.

Governor Mutua, First , I admire the fantastic job u have done to machakos county and in addition to that you are rated highly. But on this issue I think you should trust our Gova on keeping as safe . I can assure you our Gova is prepared this time to deal with any hooliganism na mwenye ataleta fujo.