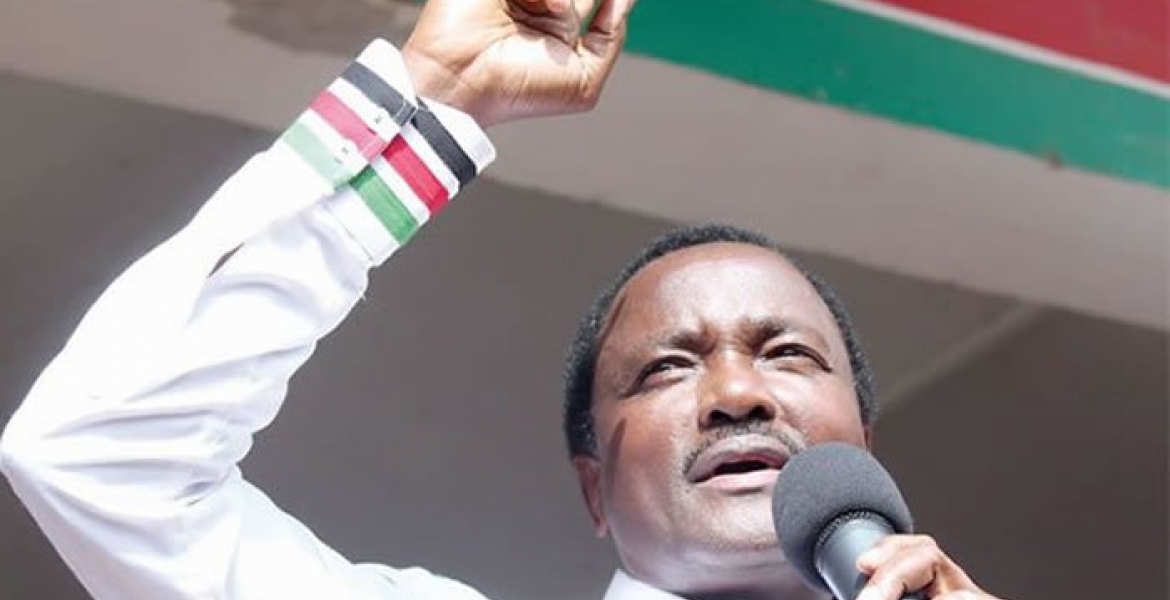 National Super Alliance (NASA) has rekindled a fresh war on the Independent Electoral and Boundaries Commission (IEBC), this time raising fears that there exist secret polling stations that will be used to aid rigging during the August 8 polls.

NASA said that the electoral commission was yet to disclose the exact number of polling stations in the country despite making numerous inquiries.

IEBC in response dispelled claims by NASA, adding that the list of polling stations had been finalized and there are a total of 40,800 polling centers across the country.

“Consider the openness around the register of voters. We kept giving figures right from registration. We had a one month verification exercise where people came to check if their finger prints matched their registration details,” said IEBC’s communications manager Andrew Limo.

NASA’s presidential running mate Kalonzo Musyoka speaking in Bomet on Saturday said that the Chebukati-led commission was yet to serve them with the details of the polling stations.

“Voting in secret polling stations are some of the strategies that have been developed to manipulate the outcome of the August poll,” he claimed.

He added: “We are asking them to remove the underground cables that were used last time to rig the elections by linking the national tally and the TNA tallying center at the Catholic University through the Kencall,”

“We know they are worried of defeat and now they are using every possible gimmick so that when they lose, they will protest,” said Murathe.

He added: “They want to precipitate a political crisis through their allegations so that they get half of the government. We will remain firm that the elections must be held on August 8 and whoever loses should be ready to accept defeat because we want a united country beyond the polls.”

National Super Alliance (NASA) has rekindled a fresh war on the Independent Electoral and Boundaries Commission (IEBC), this time raising fears that there exist secret polling stations that will be used to aid rigging during the August 8 polls. Please take this to court like NASA has done on anything else, the system have no other job than listen to your fears, if you guys are so scared of losing, please throw in the towel or go out there and campaign.

Add to the NASA list of fears
2. More Kenyans voting for Jubilee than NASA.
3. Most of governor's sits going to Jubilee due to inter-party competition in NASA.
4. Not getting the 2/3rd majority in Parliament required to change the constitution to accommodate Mudavadi and Isaac Ruto.
NASA has many worries.

This NASA BS/CRAP is disgusting.Jubilee is not going to steal the election.Al-ghurai is not going to steal the election.NASA is sensing defeat and they just don't have the courage to accept defeat.The mistake that NASA leaders are making is that they fail to realize that even NASA supporters also want peace and civil order.NO body wants chaos.Therefore these shenanigans of crying stealing,stealing,stealing and coming up with endless court cases to derail the election is going to back fire on them.Vote for Jubilee,Vote for UHURUTO.

By the way NASA keeps talking about the cost of living.They fail to tell Kenyans that, Rao grew up in a communist household.Communist ideas were implanted in him from a very you age.If he were to implement communist ideas in the Kenyan economy.He would further impoverish Kenyans.He would make Kenyans much much poorer.Just like Julius Nyerere destroyed Tanzania's economy and made Tanzanian Poorer.Also Rao has been the leader of Kibera for 20 years and his ideas have only kept the people of Kibera Poor.Vote for economic growth in Kenya.Vote for Kenyan Capitalism. Vote for Jubilee and UHURUTO.

Kenya Election
Uhuru instead of all these headache of Election,the best you can do to opposition is to steal ogernise all way to steal by inviting anybody with all typed of methond to steal im all 42 tribes of Kenya take them to seminar for them to discuss all possible way of stealing that way you wilk have 99 % of the votes leaving Raila with hisbtw votes that way when he go to court he will be ashamed & accept the defeat mo body will accept to go in the street with two votes he will only go to sleep. Uhiru dp tbat with your money you rish than this guy