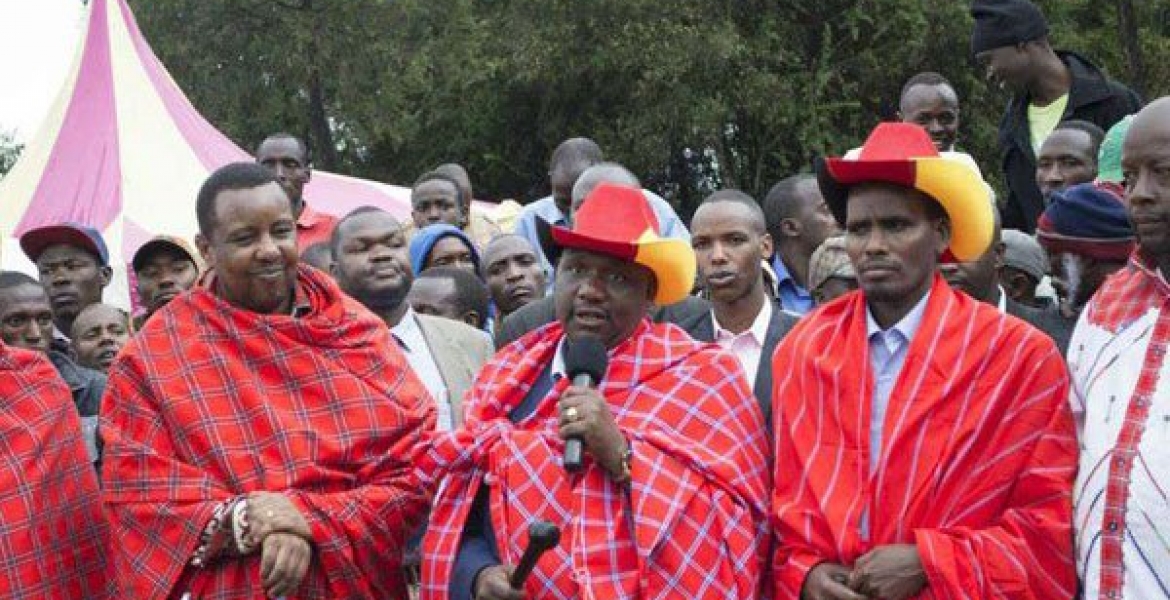 President Uhuru Kenyatta re-election bid has received a boost after professionals from Maasai Community drawn from Narok, Samburu and Kajiado rallied their support behind him in the upcoming elections.

The professionals said that that the Maasai community stood to gain more by backing the Jubilee team compared to Opposition National Super Alliance (NASA).

The group who converged at a city hotel on Saturday said that they had nothing to show even after supporting the opposition for several years.

Led by Agriculture Principal Secretary Richard Lesiyambe and his Defense counterpart Saitoti Oletorome, the professionals cited various government appointments as an indicateor thet Jubilee had an agenda for the Maa community.

“As a community, we are privileged to have a cabinet secretary post, several principal secretaries and a number of high level government positions. We pledge our support for the government in the coming elections,” Lesiyambe said.

“We will support the Jubilee government for the benefit of our people. Never in history had the community received a big chunk of appointments as witnessed in this government,” the chairman for MAA professionals Solomon Lesire declared.

Lesire vowed that the group will embark on a fierce campaign in regions occupied by the Maa speaking people in the country to drum up support for President Uhuru Kenyatta and his deputy William Ruto.