Muthama Vows to Destroy Kalonzo Musyoka in a Secret Recording 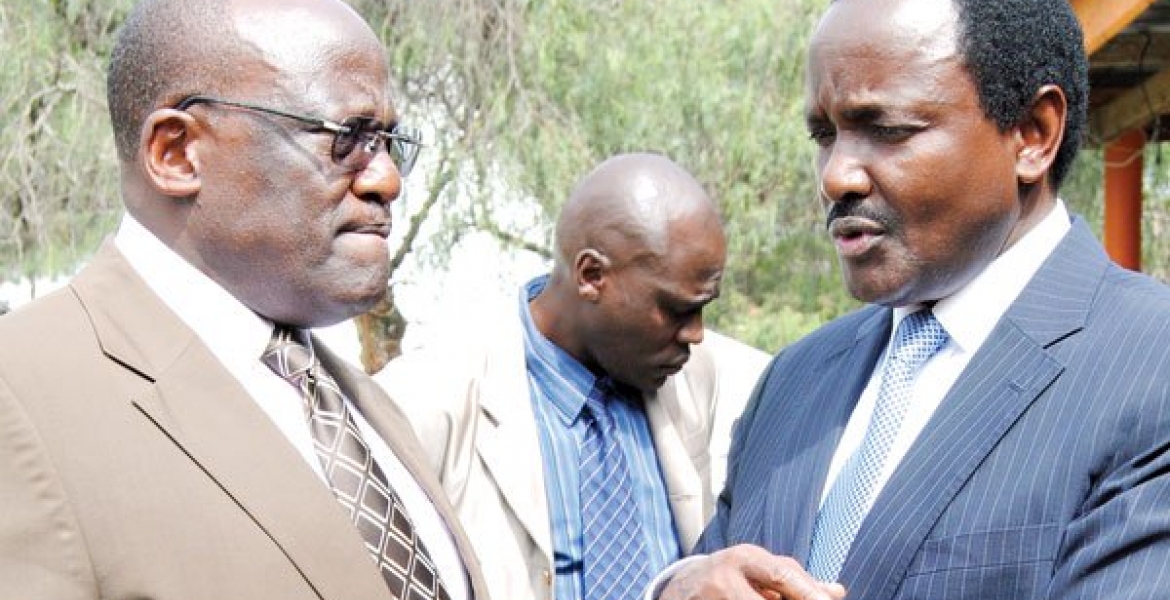 A leaked phone call recording in which Machakos Senator Johnstone Muthama is speaking to a Kalonzo confidante has revealed the bitter rift that could see the rich senator turn guns on his former ally, Kalonzo Musyoka.

In the audio, the senator says that he has suffered humiliation and disrespect in the hands of National Super Alliance (NASA) presidential running mate Kalonzo Musyoka and threatens to bring him and his party down.

“I have now decided that come what may... but I’m the one who built Wiper, when you call him, tell him one thing I built in Wiper is him (Kalonzo) and when I start to bring it down, he will go down with it...I swear,” Muthama who is speaking in Kikamba said.

A section of Wiper leaders allied to Kalonzo says Muthama is bitter after learning that Kalonzo had assembled a new crop of vibrant leaders such as Makueni governor Kivutha Kibwana and Wavinya Ndeti to re-vamp his party.

“Wiper is being strengthened and re-branded to be a strong political entity. We now have a new team of focused, dedicated and vibrant leaders who mean well for the party and the community,” said Peter Mathuki, who will deputize Ndeti for the Machakos gubernatorial race.

“Muthama has never been genuine in his support for Wiper. He has been an agent of confusion who fights everybody to advance selfish agenda. The party is better off without him,” Mathuki said

Makueni senator Mutula Kilonzo Jnr noted: “Internal rifts are not unusual, but ours are loud and have mutated over time. The party should find a method to stem this discontent which might affect our collective ability to get as many votes as possible and weaken our position to bargain.”

Muthama accused Kalonzo of dictatorship and handpicking his preferred candidate as Wiper Nominees in various seats in the Ukambani region during the party’s nomination exercise.

I guess that the Wiper politics and supremacy battles in Lower Eastern is the end that justifies the means as far as these sworn political enemies are concerned.
It is ironical to watch how all this will eventually unfold as Muthama has vowed to campaign for my uncle Ojinga to make sure he becomes Kenya government CEO come August 8th which translates to the watermelon become second in command should my uncle win. What will Muthama do then? Want to know the answer to that question? Well....this is the answer......watch this space!