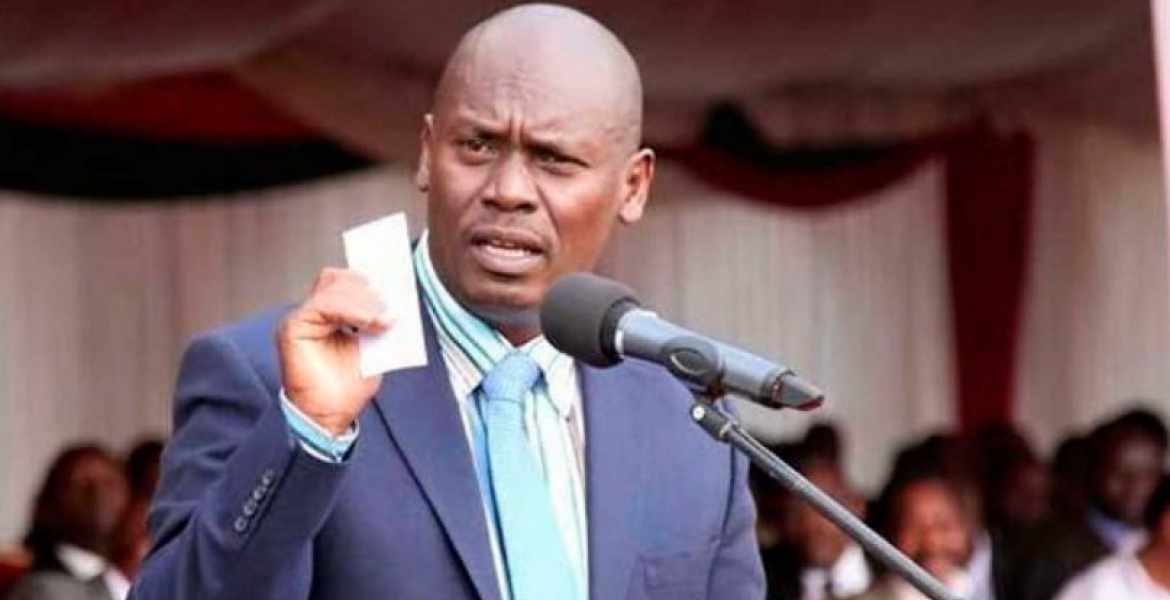 Kiambu County Governor William Kabogo has disassociated himself from the Jubilee Party and its leaders. Kabogo, who lost to Kabete MP Ferdinand Waititu in the Jubilee party primary for Governor in April, claims he no longer has any relationship with President Uhuru Kenyatta and Deputy President William Ruto.

Kabogo, the new chairman of Kenya Alliance of Independent Candidates, says he has chosen to direct his energy on defending his seat as an independent candidate.

“I’m done with Jubilee, I am an independent candidate, and I won’t associate myself with other people’s party. Yes, I was in Jubilee, but the shambolic party primaries made me leave,” said Kabogo.

“I have nothing to do with President Uhuru Kenyatta and his deputy William Ruto,” he added.

The embattled governor blamed his rivals in the Kiambu Governor race, accusing them of spreading propaganda instead of selling the agenda they have for the Kiambu residents.

The governor called on Kiambu residents to turn out in large numbers and vote for him in the August 8 elections.

Kabogo will face Waititu again in the Kiambu race for governor in the August general elections.

No stupid! It is the other way round. Uhuru and Ruto are done with you!

5 stages of grieving. Depression has hit in

My friend Kabogo you dare say you done with Uhuru and Ruto when you know very well they command the Kiambu force . Remember Mr Kabogo your arrogance and feeling of semi god plus insulting women, belittling your Mps in Kiambu is what has brought you down,plus it's not done yet,you will be finished politically in Kiambu politics, unless you vie for Mca next time.

Kabogo
You forgot forgot i was in Kenya when you got the votes of Governor in for you to talk taugh with the mesh you have done in kiambu forget the Govournour of kiambu.
You have the time to clean your office you messed how can you put a law we cannot build in our plots. Me personally i lost close yo 500000 thousands my ticket from USA to come and start my project only to find clocked who you paid to pass the law.
It was unbelievable to have people in leadership of Kiambu to bring his people back to poverty. Kiambu people are developments minded to keep up with them dhow them how to fish not to give them k sh 200 or 500 hundreds piece you can never say you leave Uhuru you get votes in Kiambu i would like to see i know Githunguri did but not easay that time people were tired of karume this time one term peopke are tired of you