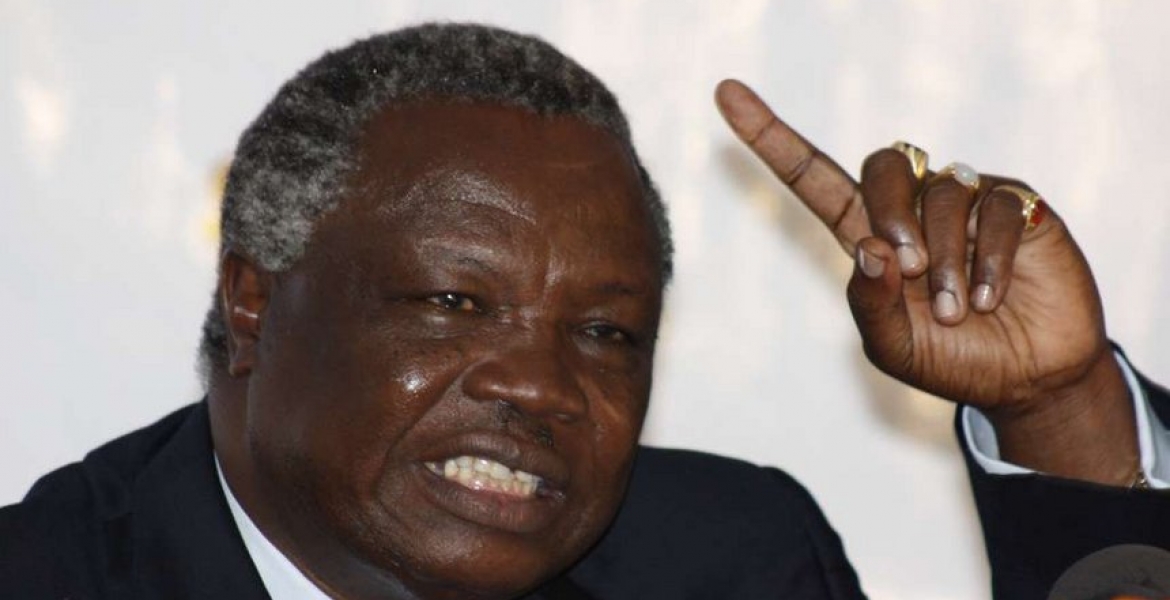 The Central Organization of Trade Unions (COTU) has made shocking revelations concerning Kenyan Members of Parliament (MPs) who are currently attending an international labor conference in Geneva, Switzerland.

The labor Organization says that Kenyan lawmakers have been skipping sessions of the conference to go for a shopping spree in the city, as other delegates discuss serious matters in the conference.

According to the union, lawmakers drawn from both National Assembly and Senate Labor Committee are yet to attend any single session of the 106th session of the International Labor Conference, even after receiving huge allowances and other benefits during the conference.

COTU boss Francis Atwoli, said that the legislators were on a “spending extravaganza, shocking Geneva residents with their lavish spending and other escapades outside the official program”.

“Cotu wishes to raise its concern against a section of both members of the National Assembly and the Senate, who reportedly received money... but did not attend a single session of the ongoing conference and instead have been spotted busy shopping on the streets of Geneva,” the union said in a statement.

Cotu said that it was ‘painful’ that lawmakers, resorted to going on a shopping spree, even as other legislators from other countries discussed serious workers’ matters in the world.

The union has now called on the Treasury to deduct the allowances given to the lawmakers and hold them personally accountable for the money they got for the trip.

The 10-day international conference is expected to end this Friday.

What else do you expect Kenya Mpigs to do? They they expect them to listen to boring speeches while they are used to be entertained by stripper Willie Odhiambo

That is what they know how to do best. They reap where they have not sown. They are even getting 8 months salary without working for a single day. Name these guys who went to Geneva and let the voters decide their fate. Corruption starts, emanates and ends in the "Peoples' House". But their card is up. Soon, they will find out why "kanga haina manyoya". Thank you Mr. Atwoli. You are not afraid. You are an honest whistle blower. I wish we had more Atwolis in our country.
It is an irony to realize that when workers ask for a raise, these guys do not talk, but when they steal money from the taxes paid by these workers to go on shopping sprees, they show no guilt. How can you go shopping for ten days in a row? They must have been doing more than shopping. Maybe they were shopping for alcohol and Geneva girls. Unless they explain their truancy, we will be left guessing. One thing is clear though, they stole your money and mine. Voters take note.

Now that Ndugu Atwoli has pointed out candidly what these " wahudumu " did, let's see what Uhuru will do to punish them for their behavior while abroad.

Seriously what do we expect from these Kenyan MPS? Shame on them. Kenyans can't afford unga na sukari at the moment, they continue coughing out taxes with the little they have, and instead of getting services these arrogant mps go abroad for shopping sprees from the stolen loot. The 40th day will be with them sooner than later, when KARMA will be torching them. What goes around comes around you FOOLS. Keep oppressing the poor Kenyans. Siku yenu itafika, even if it takes a hundred years........
Voters watch out for these very merciless crooks....vote diligently and let us all give kudos to Sir Atwoli for this enlightenment ..It has never been sickening in Kenya like this time round.
Please let us do our due diligence on the box...
God Bless Kenyan good people
Bw Atwoli please kindly name these thugs so we give back to them what they deserve.

Let the COTU boss name them. Iam sure when confronted with these allegations they will start saying that the attack is politically motivated,and that they attended the sessions but left early during Q&A section, or something along those lines.
It would not surprise me if some were in the company of their mistresses .
If voters are really bothered by this in-your-face thievery ,they have the power at the ballot this august, to send them packing with their mistress,who will eventually leave them...

Kenyan morons will vote them back. Mark my words.