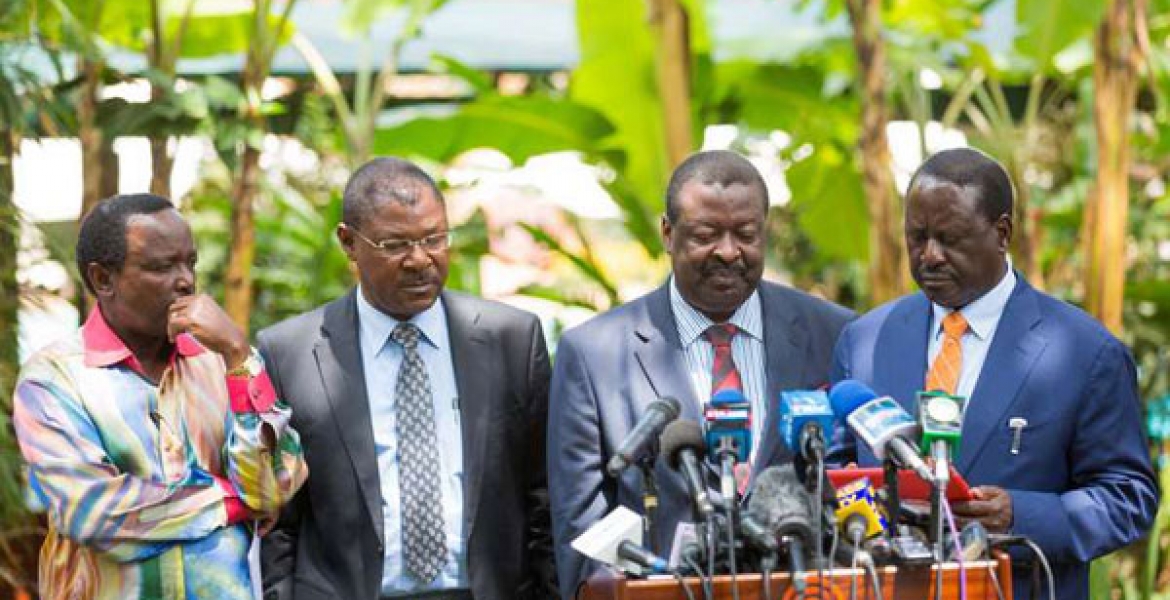 The National Super Alliance (NASA) has dismissed claims by Deputy President William Ruto that they were planning to revive cases at the International Criminal Court (ICC).

NASA says Jubilee Party is attempting to resurrect the ICC debate to whip up emotions among supporters, and win sympathy votes.

"Our opponents are trying to revive strange (ICC) things to seek sympathy. This election is about accountability and why the cost of living has gone through the roof." NAS Campaign Manager, Musalia Mudavadi said, during the launch of ANC's manifesto at the party's headquarters in Lavington, Nairobi on Wednesday.

Deputy President William Ruto during a campaign rally in Nandi County earlier this week accused the opposition of planning to resurrect the cases if they form the next government. "We are aware of a plan by our competitors in NASA to have the cases we had at ICC resurrected in the event that they win the election. Their plans will not work." Ruto said.

Mudavadi said that the Jubilee administration was resorting to engaging on non-issues to cover up their failures in the last four years.

Mudavadi expressed worries on the country’s huge foreign debts, saying that the Jubilee Administration squandered most of the borrowed funds, by inflating the cost of projects such as the Standard Gauge Railway. "We do not mind having a railway line from Mombasa to Uganda, what we are saying is, give it to us at a fair cost," he said.

Could somebody explain to me how"Sympathy Vote " works? If it really works. My take is that voters go for the candidate they like,be it his or her ideology, promises,or there lack of, integrity...to name afew good catchers.
Now if the opposing candidate get struck by misfortune,for example thugs "tap" him,and give him a black eye, Iwill sympathize,but wont give him my vote...Even if I take the worst case scenario like loosing aloved one, I will still vote for my candidate of choice. I would only switch if the sympathy-opponent comes up with a promise that top them all...
Would it also not be amisplaced vote if cast solely on sympathy?

NASA! What do you expect from Muteshi's land thief? He was found guilty and nothing happened to him! This "god fearing man," born again christian had a child born out of wedlock with a 16 year old girl. It is the duty of the Kenyan voters to make sure that he does not get a chance to continue stealing more land again come August 8, 2017.

Can someone please remind these Naswa clowns that nobody has ever gone up by bringing others down,and no one has ever crossed to the other side by cutting others to pieces.
NASWA clowns can never use rumors,gossip,propaganda and lies to achieve their purpose.
Always be aware of people who sweet talk you by assassinating other people's characters in your presence because the same saw they use to cut others in your presence they will use it to cut you in your absence.