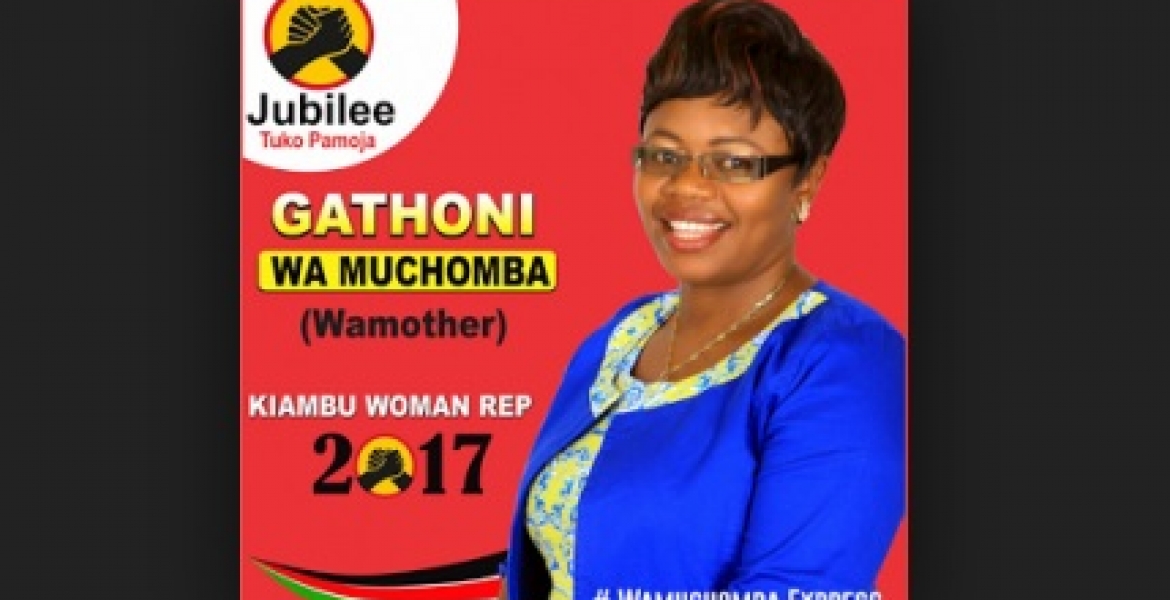 Gathoni is a former presenter at Kameme FM.

Jubilee contests in the other seven constituencies in Kiambu County as well as the Senate seat are yet to be decided.