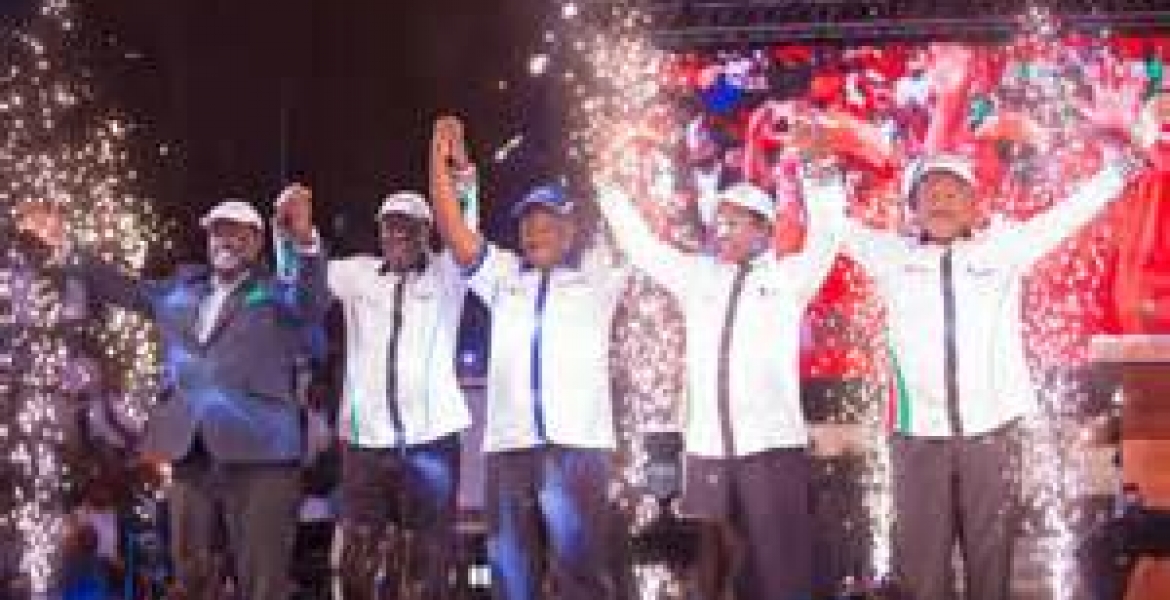 Opposition coalition National Supper Alliance (NASA) has announced that it will unveil its flag-bearer at a grand event at Uhuru Park, Nairobi on Thursday.

According to the agreement, cabinet positions and other executive appointments will be shared among the five principals, with the president getting the less powerful appointments.

The President will delegate most day-to-day running of the government to the Premier Cabinet Secretary, who will be in charge of Internal Security and administration of the national government.

The agreement also says that the president under a NASA administration will consult all the four principals before making any decisions in the running of the government. The leaders say the new structure does not violate the constitution, and there will therefore not require an amendment to the constitution.

The coalition says they have planned a grand event tomorrow, similar to a function in 2002 in the dawn of the end of the Moi era. They say several dignitaries from African countries are expected at the event, as are representative of major political parties from across the East African region and leaders of international organizations.