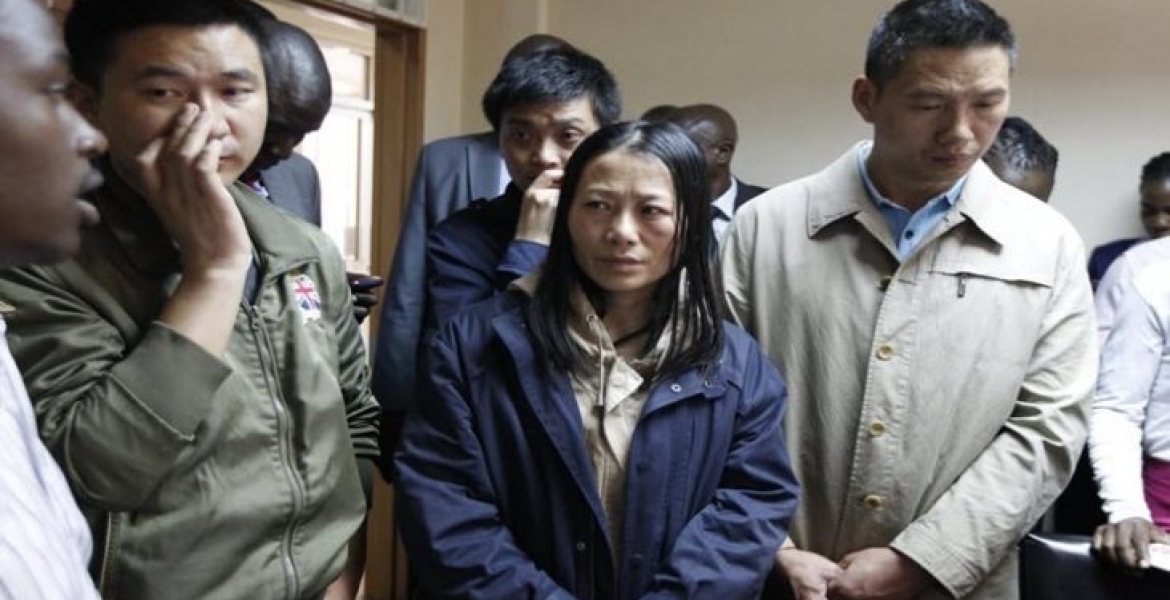 A Nairobi court on Wednesday suspended a deportation order for four Chinese nationals who were arrested after one of them was filmed canning a Kenyan restaurant worker.

Justice Kimaru further directed the prosecution to file responses to the application by the Chinese nationals by Friday, February 21st. The application was certified as urgent with the court directing that the matter is heard inter-party on February 25th.

The raid came hours after a video clip showing Hailan, a chef at the restaurant, canning a Kenyan waiter went viral on social media. After the arrest, it was discovered that Hailan did not have a valid work permit.

Yueping and Qiang, who are both chefs at the restaurant, were holding expired visas while Yu Ling, a cashier, was holding a visitor’s visa but without a work permit.

They are all facing charges of assault and causing actual bodily harm and their case was set to be mentioned on March 4th but CS Matiang’i signed the deportation order just hours after the court allowed police to hold the four for 15 days pending completion of investigations.

A tooth for a tooth. whip their behind.

This is why nobody respects Africans and we are predisposed to allow corona by harboring this groups of people!

First they show no respect for uhuru calling him a monkey. They get away with that and from then onwards no respect for any kenyan. If they did this in any other country they would be physically man handled, jailed and then deported.

China kicked 3 Wall-Street Journal journalists out of their country today for being racist.

This why We need God to deliver Kenya.

What exactly does this mean?

can't agree more @ bri McKnight! #wanjingasisi. I wonder how muc this judge was given by these Chinese goons!

Until we begin taking matters into our own hands, the government will not understand our frustrations.

Due process people, let them get a day in court and face immigration laws. Hope we are not excited by Matian'gis populist decision.

This is a time when due process should NOT apply.When koffi olomide kicked his dancer he was immediately deported.Kanda bongo man was not allowed back in Kenya after he threw darts at Moi’s then side dish Katherine kasavuli.Somebody should shank them in whatever jail they are at.Every man has his price.Jeffrey Epstein was murdered in a high security prison who are these turds.Time Kenyans reminded them this is not their land if they think they are safer in jail.

These Chinese people should be jailed first for the criminal activities then deported for the immigrants violations. They asked for it. If they never caned the waiter, the law was silent on them.

And finally they will win their plea and allowed back to the country.. that's Kenya,
I thought they were long time deported, sh_______e nation ain't enough .. we indeed as$---e nation😑

Foolishness has now started to shine itself within the judicial system of Kenya. These judges must be retrained!