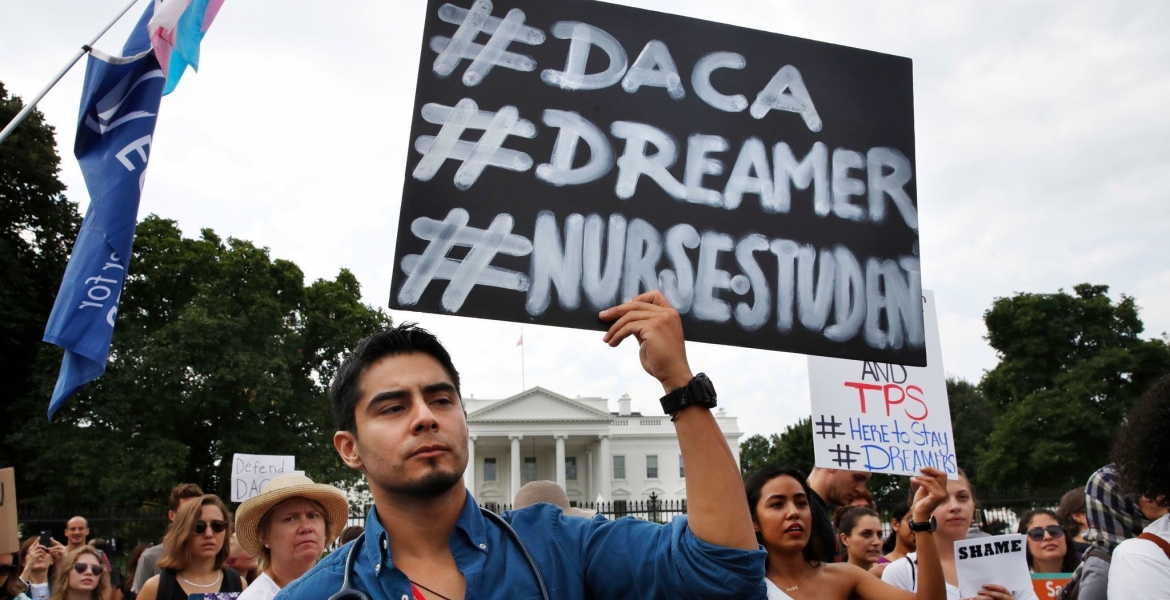 Immigrants who were brought into the United States as children and enrolled in the Deferred Action for Childhood Arrivals (DACA) program signed into law an executive order in 2012 by former President Obama have until Thursday of next week (October 5th) to file renewal requests.

This comes after President Donald Trump on September 5th announced the expiration of the program.

Recipients whose DACA and work authorizations expire between September 5th, 2017 and March 8th, 2018 have until October 5th to submit their renewals.

"Individuals with DACA and associated work authorization that expire after March 5, 2018, are no longer eligible to submit a renewal request. However, their current DACA and work authorization will remain valid until they expire, unless otherwise terminated or revoked,” USCIS said.

DACA was signed into law as an executive order in 2009 by President Barack Obama to protect immigrants brought into the country as young children (under the age of 16) by their parents from deportation and grant them work permits. So far about 800,000 young immigrants - so-called dreamers - have enrolled into the program.

President Trump announced he was terminating the program, which he referred to as a form of amnesty throughout his presidential campaign. He has asked Congress to come up with a permanent solution for the DACA recipients. Absence of a new law from Congress or new executive order by President Trump, current DACA recipients will lose authorization to work legally in the United States. They will also become eligible for deportation.

Immigration rights advocates have termed the move by the Trump administration as cruel, saying terminating the program will allow young immigrants to be sent back to countries they barely remember, when in some cases they don’t even speak the language.

I would like to registrate to get a chance to participate to green card lottery thank you .