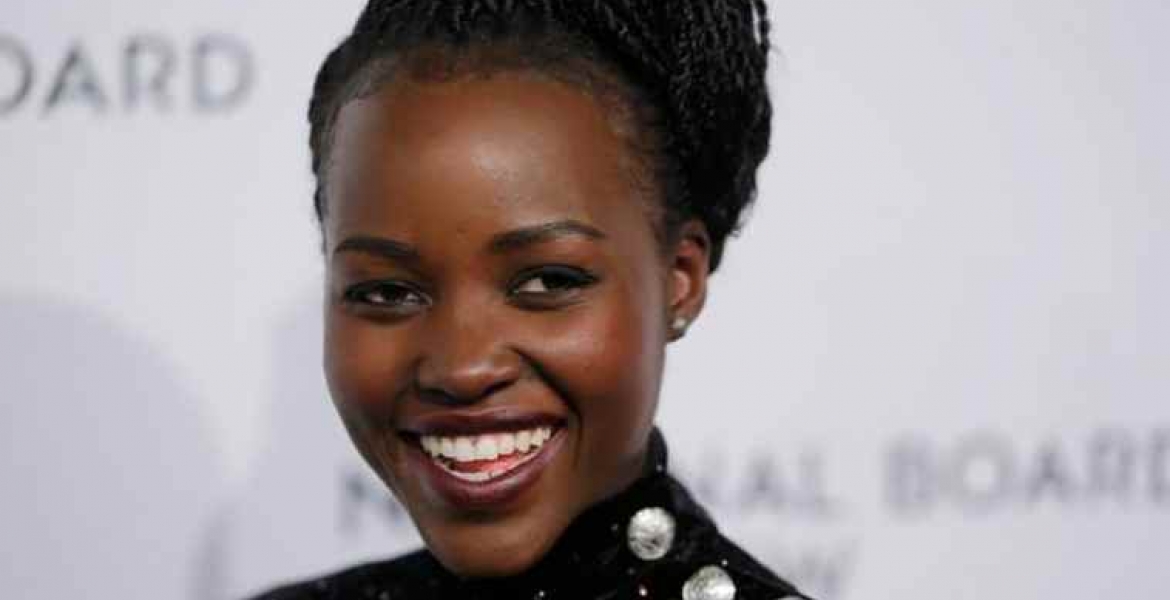 Kenyan Hollywood actress Lupita Nyong'o has made it to the list of 50 most influential women in Africa released by Forbes.

Lupita, 36, was named in the list of women who have made great contributions and challenged the status quo alongside another Kenyan Dr. Jennifer Riria, a founding member of Kenya Women Finance Trust.

Lupita has in the past won several awards, including the Oscars, for her role in different Hollywood films among them ‘12 Years a Slave’ and ‘Black Panther.’

Dr. Riria, who is the CEO of Echo Network Africa Group, has previously been feted for her efforts in women empowerment in Kenya and Africa. She was voted the Ernst & Young Entrepreneur of the Year in 2013 and 2014.

The Forbes’ list was released on Friday during the Forbes women summit 2020 held in Durban, South Africa.

In an article on their website, Forbes said this was the first African compilation that focused on various sectors among them business, politics, media, science, sports, and public life.

This is the only beautiful African woman I know; my opinion. I have always viewed lakeside ladies with their well defined features as quite beautiful. Where I come from, some of our features are blunt.

However, I do not know where her influence really lies. She has won an Oscar and acts in Jordan Peele's movies. But what else really? Anyone with any data? Please nitoe ushamba, so that I can safely exit the Kamati of Roho Chafu.

On the other hand, I find that Zim Lady Danai Gurira'; I have watched her written and broadway shows; she really speaks deep issues for minorities. Hii influence, how is it arrived at?

She's influenced tonnes of African women like us who were shunned for our dark black skin and short natural hair. She's given us an opportunity to let others know we are beautiful and talented and that Hollywood doesn't need extensions and light skin to succeed. I really admire and respect her...it takes a lot of courage to stand up and be different. Kudos to her.

Ooh...that’s it. But why do we look for white approval? I also think the one woman who had the power to do this was Mrs. Obama but she was so caught up in hanging out with Beyoncé. What I now see is them picking any random black girl and telling us “she is gorgeous” as if black people have no beauty scales. For example the Sudanese. I love the Sudanese, but not all of them are good looking. There has to be some symmetry. Just the same way Mama June (white lady) cannot be considered for a beauty contest.

Thank you for saying it as it is. If you need a white person approval of being black and beautiful then one has low self esteem. Lupita is not the only "dark skinned" black woman to break any ceiling , kwani what was Wangari Mathaai - a nobel prize winner with real talent- she was as dark and many other black chics in he cinemas too. This "woke" culture that upita is peddling is so annoying and so fake .Like Obama said about the woke culture of millenial - it is useless!

Bingo, I have been accused for being a hater but Uzo( Orange is the new black-Nigerian, & Danai have done so much in their respective countries whereas Lupita is advertising channel instead of championing African designers and showcasing her exotic vacation and her sexual preferences etc.... I'm dark skinned like someone mentioned but no one has ever made me feel inferior , maybe charity begins at home?The way I see it Lupita jumps on bandwagon that is going to give her added value ( Weinstein anyone?). She even wrote a book about being unseen as a black woman, right ..., then once she cared for elephants-photo op ...- Now let me wait out for haters with a profile name starting with a "guest"

That whole Weinstein thing was the most cringey thing I have ever read. And the fact that she stated she went to hang with him a second and think a third time was such a turn off. Shows how desperate she was to make it to Hollywood.

And she was on the Albino wagon...which got her to Hollywood by way of Yale. Ni wetu but she is not the sharpest tool in the drawer - not sure why/how she got the oscar...ooooh, she is not a threat. If Kidero's wife is not influencing in Africa, then whoever runs Forbes has an agenda.

Lupita is no match for Gurira. I seen them both at interviews and our girl has NO depth whatsoever.

Lupita's rise came from connections; and successfully playing the system; which we all do given the chance. A short self made film on the albinos after stealing the idea from TZ (anyone knows if she has helped any of them), joined Yale Grad school for arts (where her cousin Prof. Nyong'o was on faculty)...and hey, here is a token hollywood! Hollywood can not stand Gurira, she is too intelligent. They prefer them shallow and uncle Tom-ish. Yo go girl Lupita...make your dollar.

Same way her parents are messing around in Kenya eti presidents 'Cancer Africa'.

@ Formerly guest 2.You said it right awhile ago. The accolades she garnered after the 12 year slave was due to timing. At that time, Holywood was rife with accusations of discrimination toward women of color,misogyny,bigotry,and all other kids of snidey remarks. So to counter all these negative attacks,and do some damage control, they had to look for some savior.And voila Lupita was ripe. Much like Obama, she was not from the establishment,was viewed favorably by whites un like Al Shapton: basically NOT A THREAT to white establishment. Certainly being aforeigner,she could not claim unlike the blacks here ,that she feels owed something-And whites do get uncomfortabable with those kind of sentiments,whether expressed,or implied.
Undoubtedly she has improved from those days of 12 year slave,but I would not personally rate her as an AAA scorer.
@ Formely guest 2, forgive me if I have misrepresented what I tried to remember you saying, awhile ago. And I welcome any correction,if warranted.
Sincerly,
Maxley

No you said it well, she is safe black girl, like Seneca said the uncle tomish house Negro.She has an accent and she is not AA - angry at a white man - she is a token, the black friend that white people have to pass the "I'm not racist type". She is not influential woman - maybe in holly"weird" world and lesbianism with Janelle Monae. I can give about 10 influential black African women out there in Africa, forget the MANY in the USA from Diaspora who are movers and shaker of community mobilization, poverty eradicators, doctors,engineers, nurses etc who are uplifting Kenyans and Africans every single day. As for Lupita stick with posing for Vogue, showcasing your fabulous vacation in Cabo and pretending you can't cook Ugali and can barely speak Swahili let alone Dholuo .

@Maxley , by the way, Jennifer Lawrence should have won supporting actress on American Hustler that year if the aware was purely on acting talent. Her acting was far much superior than Lupita that year.

@ btw; Is she still available aka single?

Hahaha @ Kibowen, what is available is trouble,unless you are amzungu,but I assume your revelation was directed at people of color- known as blacks,or africans.

Hahaha @ Kibowen, what is available is trouble,unless you are amzungu,but I assume your revelation was directed at people of color- known as blacks,or africans.