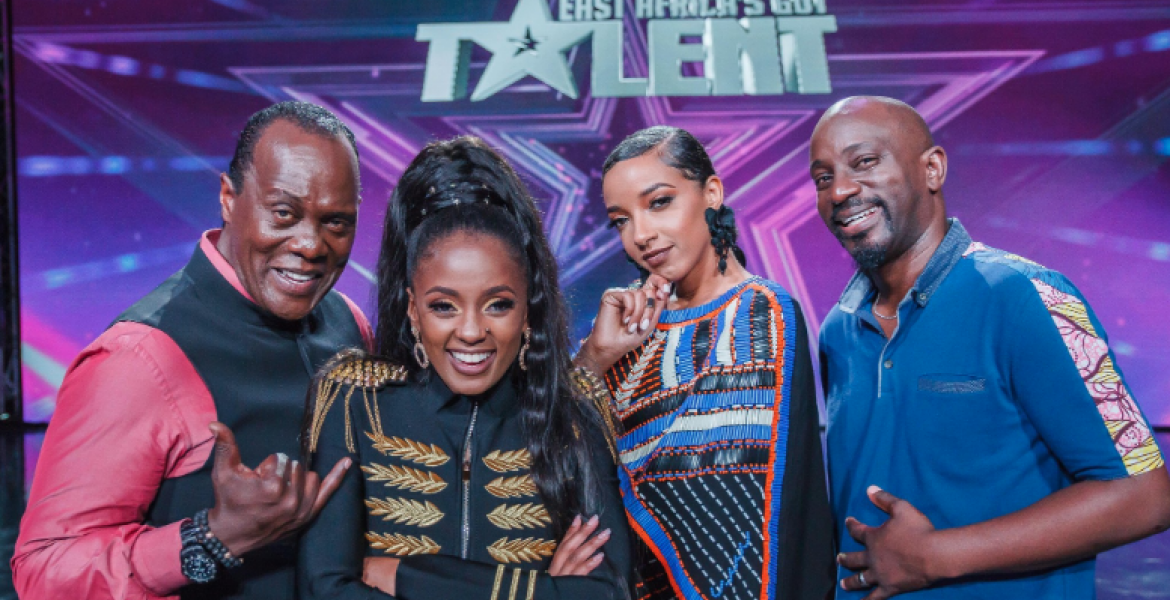 Judges of East Africa version of the world’s biggest reality franchise ‘Got Talent’ have been unveiled.

Organizers of the show dubbed 'East Africa’s Got Talent' announced the judges in a ceremony held in Nairobi on Saturday.

Judges were picked from each of the four countries taking part in the contest; Kenya, Uganda, Tanzania, and Rwanda.

Ugandan comedian Anne Kansiime will be the host for the show that will air on television screens from next month.

The show, which is shot in Nairobi, will be aired on Citizen TV (Kenya), Clouds Media (Tanzania), Rwanda Broadcasting Agency and NBS TV (Uganda).

The reality show was officially launched in April this year at Mövenpick Hotel in Westlands, Nairobi.

It will run for 10 weeks with contestants going through three phases before getting to the finals.

The ‘Got Talent’ show was founded by X Factor creator Simon Cowell and currently runs in 58 countries including the US and the UK.

The Guinness World Records recognized the ‘Got Talent’ show as the most successful reality TV formats in the world.

So Koinange is now a music expert in the entire country? Why not give the job to someone who truly is a musician and can critique the acts professionally? The rich keep getting richer I guess.

When you are in power, steal left right and when you are asked how you have accumulated your wealth just say unafuata nyayo.

@XG - "Got talent" is not a music show. It draws on all sorts of talents.
If you can eat the most ugali - you can enter the compe.
If you can do any sort of mathematical equation in your head - ingia.
if you can skip rope the fastest -... well you get the idea.

@XG...loath or love him (and I am in between the two), Jeff is a TV personality and hence deserves the job if he fitted their criteria. He is equally an inspirational figure for those facing the wrath of Trump and at risk of deportation. I mean, he was booted out of America by being sacked by CNN and look at him now. Mkenya Halisi should take note...there is life after majuu depending of course on your social setting, if you get my drift. I wish him well personally. He is a bit like Marmite or Mrenda, whichever takes your fancy...either like or loathe him.

koinange is the best of the best