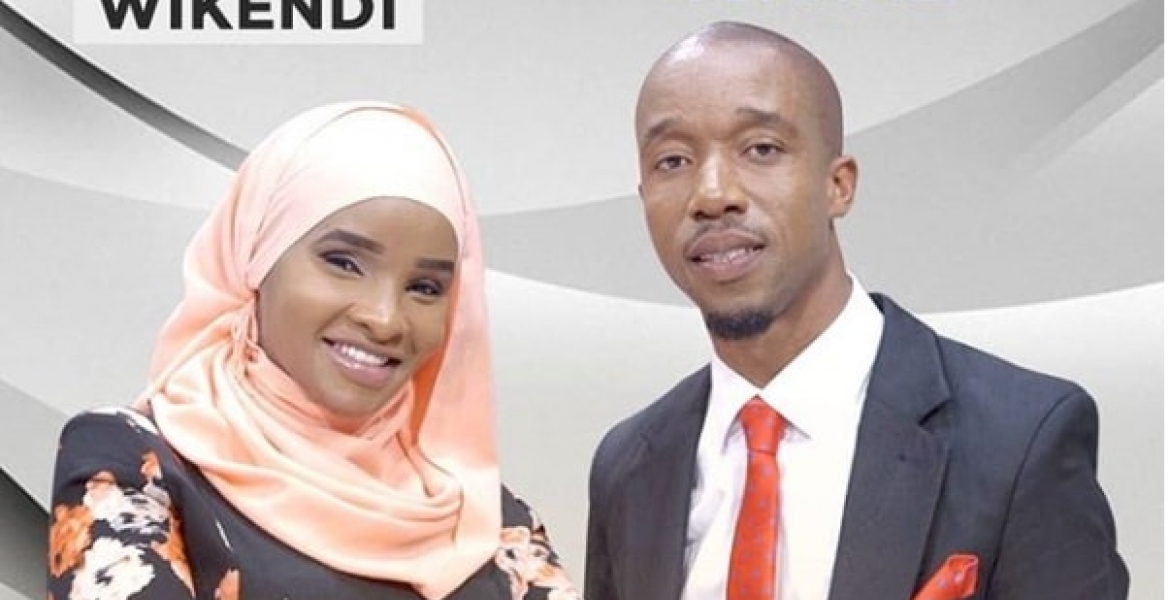 Lulu Hassan and her husband Rashid Abdalla are set to become the first couple in the country to anchor news together.

Dena left Citizen TV after she was appointed as State House Deputy Spokesperson by President Uhuru Kenyatta last month. She has since been named acting State House Spokesperson and head of Presidential Service Communication Unit (PSCU).

Rashid Abdalla has been presenting Swahili news at NTV and was poached by Citizen TV earlier this month to replace Dena.

“Starting this Sunday, the first ever husband and wife news anchoring team," Citizen TV said in a tweet.

Reacting to the news, Hilda Njeru said; “I am eagerly waiting for Nipashe Wikendi on Citizen TV.”

@ecilanj commented: Pow wow to the power couple. Both kind hearted and humble. Love u both. God bless."

@Shibwec noted: thank you for making news a soap opera, you can as well call it “LA MUJER DE LULU DEL SENIOR ABDALLA. Alafu bi mswafara will be there over the weekend to offer them marital advice, this is the real deal.”

@Jasonwinner said: Congrats my comrade couples..but now face to face in the office, on the TV screen and finally to the bedroom..will that not lead to boredom? Think about that as you think about the mercury in your sugar.”