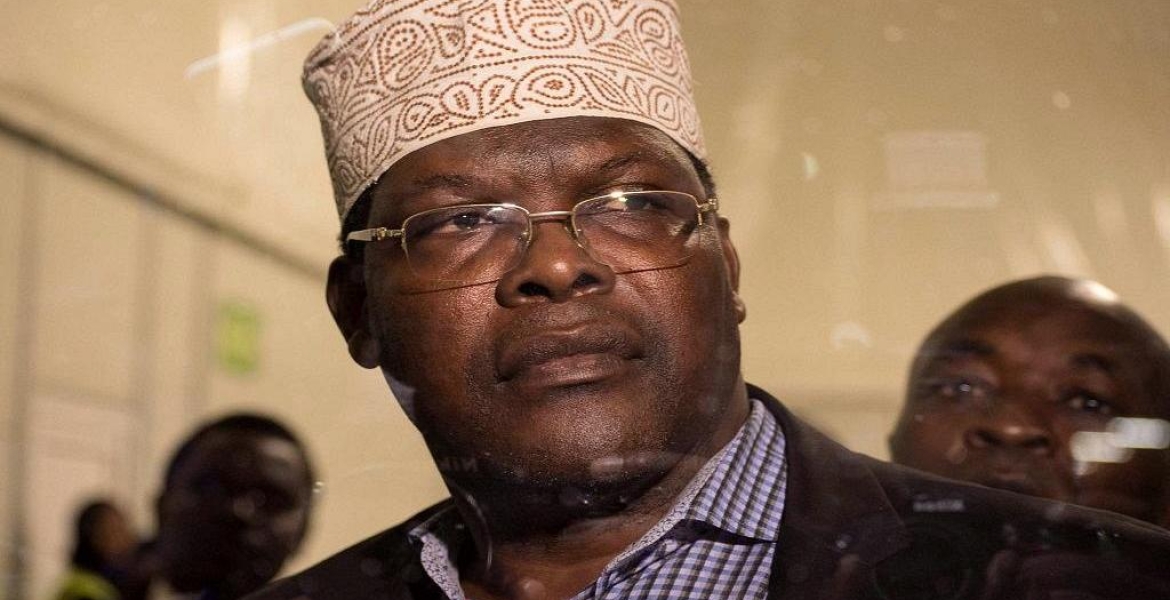 Using the hashtag #RejectRailaOdinga, Miguna also stated that he will sell all his property in Kenya should the ODM leader be elected as Kenya’s fifth president.

“If...@RailaOdinga becomes president of Kenya, I'll sell all my properties there and renounce my citizenship,” Miguna wrote on Twitter on Sunday.

Odinga, 77, will be giving his fifth stab at the presidency in the August 9th elections under the ‘Azimio La Umoja’ movement.

Miguna was deported to Canada in February 2018 following arrest for taking part in the mock swearing-in of Odinga as ‘people’s president’.

The Immigration Department later indicated that Miguna was illegally in the country, saying he had renounced his Kenyan citizenship while acquiring a Canadian passport.

In 2018, Justice Chacha Mwita ruled that Miguna is a Kenyan citizen and that his birthright is not affected by him holding a Canadian passport. The judge added that Miguna’s rights were violated when they deported him and awarded Sh7 million as compensation.

Several court orders have since been issued directing the government to facilitate Miguna’s return to Kenya but authorities have ignored these orders.

Didn't he swear him in?

Miguna MIGUNA and his Speeches are Oxymorons.

This dude should STFU. It’s these kind of utterances that have you deported. Just shut it, fool. I have tried to support this dude but he just makes it way too difficult. Jeez

U renounced yr Kenyan citizenship long time ago idiot lawyer miguna that’s why they deported yr ass in the west aka heaven Canada???But don’t worry raila cannot n will not take that seat so chill we will come for you in Canada when Ruto takes the mantle.We need somebody like you to lead EACC so we can hang the corrupt.So chill mr miguna the guy from the lake hana votes.Or do u think nyanza votes is enough for him to win

Collision, you are thinking like the most illiterate person who moves like a directionless donkey or ship. Akili kaa kondoo. Think with your head not butt!!! What has Ruto done for Kenya? Dont just follow the waves and cliches moron!!

Now this is a great reason ever to vote in BABA! Been kinda confused until this moment!

Mr. MM you don't even have to tell us, just do it silently

For the longest time I couldn't figure the flaw with Miguna. His failure are evident but what's his main flaw? Finally figured it - keep your friends close, and your enemies CLOSER.

Don’t worry Miguna, That guy will never be real president, he’s a people president and you know the rest.

Everybody in their right mind will support Raila as he is the only person who has the guts face the corrupt.
What Miguna is really saying is he supports the corruption syndicate headed by the DP Ruto.

The Majority will vote for baba because he simply a safer hand for Kenya.
Anybody who doesn't see that must have their head deep in the sand.

Raila my foot! He has been in every Government and has done squat. This rail should not be running for any office. How much can one want to Rule even to the extent of leading a Coup…you forgot that soon? 1982 was the year. Now give power to someone who went to that extend and you will cry why you gave him a vote. Should a Kenyan President qualifications be a son of a former president and must a president come form just two tribes?

Pliz start selling your properties right NOW coz Raila will be the 5th president come August, so pliz hurry up and sell them. I will be glad to buy some of them, just let me know your bid😂😂😂

So this Fool will denounce his Citizenship and what will he do when Raila goes to visit Justin Trudeau when he becomes president will he leave Canada and go somewhere else seriously fool.just shut up

He renounced his citizenship decades ago and has stubbornly refused to reapply. I wonder if Raila was aware an alien swore him in?

Is there no other candidate except ruto and Raila . they both are responsible for 2008 unrest which left many dead and displaced .

Please go ahead and do it like yesterday. You are not that special. Just another fool from the village. Yesterday's news, fool.

Breaking news! Miguna awarded honorary French and German citizenship due to spending lots of time in their airports. Congratulations comrade. The struggle must continue.

Aiyaa while he was Prime Minister you enjoyed being his adviser,, you swore him as people's president, while you were being deported he was at airport to try rescue you.. you will be better off if he is the president than the..other side of the coin.

Though who cares all you will need is like 50 dolla to vist Kenya as a tourist na Maisha inaendelea..Good luck Mzee

This idiot is not even a Kenyan. If you think you are a Kenyan, try to travel to Nairobi right now!

A dejected buffoon fool can utter all manner of nonsense! Does Miguna think anyone cares! You are boring us idiot!