Kenyan Man Who 'Secretly' Buried His Partner Arrested in Texas 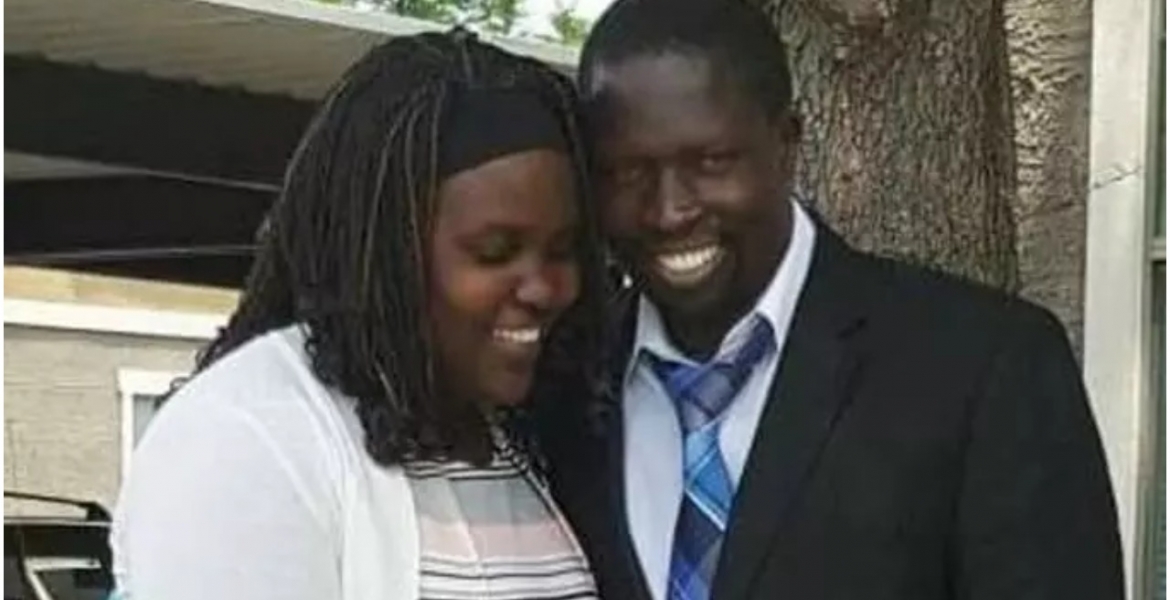 A Kenyan man who 'secretly' buried his partner in the US in December last year has been arrested.

Obadiah Kemari Kinara was arrested in Texas on suspicion of INJ CHILD/ELD/DISABL-BI (Injury to a Child, Elderly or Disabled Individual with Bodily Injury) offense, according to CrimeInformer.

He was booked into the Tarrant County Jail system in or around Dallas/Fort Worth on July 11th, according to police records.

Kinara has a presumption of innocence which means that although he was arrested, he remains innocent until proven guilty in a court of law. His bail has been set at $12,000.

The man was in the center of controversy surrounding the death of his partner Dorothy Bosibori Ongera, 35. Dorothy, a mother of six, died under mysterious circumstances in Texas on December 17th, 2020. Her lifeless body was found in a bathtub at her house in Dallas.

Kinara denied having a hand in her death but her family demanded an independent autopsy after Tarrant County Medical Examiner’s office ruled out foul play, ruling the incident as accidental drowning.

In March, Dorothy’s father David Ongera obtained an order from a Texas court to exhume his daughter’s body after Kinara buried her in a public cemetery on December 28th, 2020. Kinara, a registered nurse, insisted that Dorothy was his wife and he had the right to bury her but her family refuted these claims, saying their union was not legally recognized.

“I loved my wife and I’ve been deeply hurt and affected by the social media campaign orchestrated by my in-laws to create the impression that I had something to do with the death. I believe some people are doing this because they are targeting my children and the insurance payouts,” Kinara said in an interview in February.

Dorothy was living with Kinara, with whom she had three children. The father of the other children is Dorothy’s estranged husband, Dennis Nyakundi Mose, who lives in Kenya.

How is the other serial killer doing these days
?

Kipchirchir? He is Doing like other hateful Kenyans are doing in Texas: Killing people; killing marriages.

@MsonoBari, are you in cohort with Guest1,just wondering? She never tires of attacking Luyha men in Texas for breaking up marriages. Could it also be that these broken marriages were on very shaky foundation,to start with? As I have always said, women are not objects,or property.They have minds,and needs of their own.They are culpable of making their own decisions.If she decides to cheat,just know you picked acheater,and move on.Dont blame the man.Unfortunately or(fortunately) men are hunters.They will prey on any skirt given an opportunity.The "skirt" does not even have to be beautiful.I have never figured out this phenomenon.

You must be a Luhya and a cohort in destroying Marriages. Tamaa ya Mbwa ndiyo Kirauni chako Uluhya.

For some kitu ambacho umezoea vs seeking something new regardless of the risk (health and wealth) for others it's because someone paid attention or said things the spouse stopped saying, appreciation etc. I don't think it's just a man thing but men are more susceptible. Every group has its Lotharios so for those attacking Luhya men, I think they just have an axe to grind forgetting it takes two to tango. I say this as someone who spent lots of time around Luhyas in the DMV early on.

120 USD MEANS NOTHING. MEANS THE STATE HAS NOTHING TO PROOF.
They gave me 1500 USD FOR DUI...BUT I LEANT MY LESSON PLUS THE 0THER CRAP I HAD TO PAY FOR MY DL.